Funding for Southern Link road reallocated to other projects 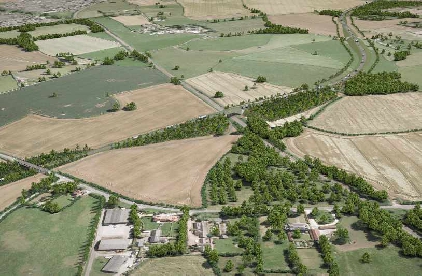 The Marches Local Enterprise Partnership says the £27 million which was allocated to build Hereford’s southern link road will instead be spent on other projects to create more than 1,700 jobs across the region.

The LEP – the business-led body responsible for driving economic growth across the region – says the six schemes awarded funding will unlock 15 hectares of land for employment, sites for nearly 500 homes and create new training, health and retail facilities.

The schemes include £5.4m towards infrastructure and building investment at Hereford Enterprise Zone and £4.5m towards phase one of the Ross-on-Wye Enterprise Park.

A total of £7m will be invested in regenerations sites at Station Quarter, Donnington and Wellington

Some £3.5m will go towards the Marches Centre of Excellence in Health and Allied Health and Social Care, Telford with £5m to be spent on infrastructure worsk in Oswestry.

And a project for a new primary care centre at the Tannery in Shrewsbury is set to receive £2.06m.

LEP Chair Mandy Thorn MBE said the schemes had been awarded the Growth Deal investment after a rigorous appraisal process.

The funding, for spending by March 2021 under Government rules, was originally allocated to the South Wye Transport project in Herefordshire which is currently paused during a review by Herefordshire Council.

“These schemes will play a crucial part in boosting the economy of their local communities – and the region as a whole – for many years to come,” she said.

“As a package, we expect them to create 1,749 gross jobs over 12.17 hectares of employment space, safeguard a further 26 jobs, unlock land for 495 homes and provide

“All the projects have had to draw up a full business case which has been submitted to detailed scrutiny by our commissioning group and independent evaluators.

“As a result we are certain that these schemes will not only deliver real growth, jobs and improved services and infrastructure for their communities, but also represent the best possible value for taxpayers’ money.”

In Herefordshire, the money will help further development at Hereford Enterprise Zone which is already home to 38 businesses employing 742 people, with another 1,000 jobs expected to be generated from £48m of investment previously announced.

Meanwhile the 15-acre Ross Enterprise Park will provide up to 29,400 square metres of new commercial floorspace and 1,000 new jobs when fully built out.

In Shropshire,  Shrewsbury’s Riverside Medical Practice will move from its current site at Roushill to a 943 square metre new home at The Tannery on Barker Street under plans approved by Shropshire Clinical Commissioning Group’s Primary Care Commissioning Committee.

The infrastructure improvements in Oswestry are part of a package of measures to ensure the town has enough high-value jobs, homes and facilities to continue to flourish in the years to come.

The Telford projects will see a new Marches Centre of Excellence in Health and Allied Health and Social Care being opened in the borough to develop best practice and training across a range of medical disciplines.

The Stronger Communities programme will focus on four key themes including health and care, public realm and the environment, community safety and community capacity.

A further three projects have been included in a reserve list should surplus funds become available.