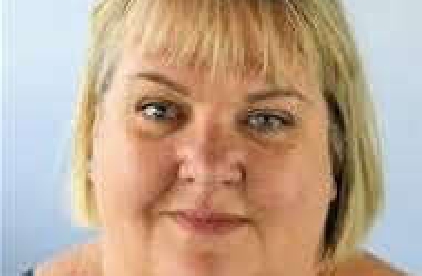 Guarantees that people won’t have to wait for hours before being treated by ambulance staff cannot be given at this time councillors were told this week.

At their meeting on Thursday, September 23, Powys County Councillors received a presentation from Wales Ambulance Service (WAS)Trust chiefs on changes being made to provision in the county.

Following an in-depth presentation WAS chief executive Jason Killens and operational manager for Powys, Ben Collins were quizzed by councillors.

Recently waiting times had been highlighted by a six-hour wait by a Machynlleth rugby player who fractured his pelvis while playing away at Llanidloes.

Cllr Mike Williams asked: “How can we ensure the public that we will not see incidents of sportsmen waiting for hours for an ambulance?”

Mr Killens said: “I cannot guarantee you or the public, certainly in the next couple of months that there won’t be more cases where people will wait longer than we would like in the community.

“The pressure we have is significant sustained and growing.

“We’ve taken steps to put more ambulances on the streets to make what we have more efficient, we have capacity brought in by St John’s Ambulance, the private sector, we have unrestricted overtime for our people, we’re recruiting faster and harder than we’ve ever done before, we have the army coming back in.

“We will grow that number of ambulances as we get into winter.

“I want to get to a point where we can offer that guarantee but with the level of pressure across emergency care and in particular the handover issue which impedes our ability to response, I can’t at the moment.”

Cllr Williams added: “I commend you for your honesty, that’s what the public deserve.”

He hoped that Welsh and UK Governments would be listening to provide Ambulance Services with the resources required.

Meanwhile,  Cllr Ange Williams asked: “Most of our ambulance go out of county a lot into England, do we have any say or pull on the amount of waiting time our patients have, because a lot of them have been in the ambulance for an hour before even getting to the hospital?

“I know it’s difficult as it’s not our country.”

Mr Killens said: “When we convey a Powys resident into England the handover and acceptance into the emergency centre should be done on a clinical need.”

He explained that contractual agreements between ambulance services and hospitals were different in England but while the countries are different it is “one NHS.”

Mr Killens asked Cllr Williams to pass on any details of people who had suffered this problem as he would: “take it up with the NHS Trust the patient was conveyed to.”

Cllr Huw Williams pointed out that the presentation was for the north of the county, while Cllr Williams said: “There was no mention Brecon, Crickhowell and Ystradgynlais which obviously concerns me and my fellow members down here.”

Mr Killens said: “The reason they were not mentioned is that they remain exactly the same with 24/7 cover, they are seeing an uplift of staff.”

He added that they could also see more ambulances based there as the service’s five-year review progresses.