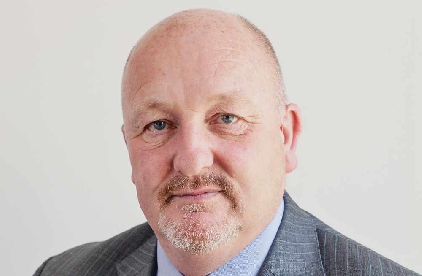 Tributes have been paid to the outgoing leader of Monmouthshire County Council, Peter Fox.

Cllr Fox stepped down as leader on Thursday after being elected to the Senedd as the member for Monmouth.

The newly-elected leader of the council Cllr Richard John was the first to pay tribute.

Cllr John said: “The way in which Peter Fox has led this authority for 13 years has won him plaudits from across the political spectrum.

“Peter is a man who refuses to be limited by the usual restrictions of party politics, Peter is a great collaborator.

“He will work with anyone to get the job done.

“A more genuine, caring, humble man, you could not meet and I feel so fortunate that my time in politics has brought us together.”

Cllr Fox has been a member of Monmouthshire County Council for 23 of the 25 years it has existed as a local authority. Of this, 20 years have been spent in the cabinet and 13 as leader.

Cllr Bob Greenland is the deputy leader of the council and has been since Cllr Fox appointed him to the role in 2008.

Cllr Greenland said: “Peter has this great humility in his personality, and he can see things from other people’s point of view.

“I first met Peter when I was elected in 2004 and I have served as his deputy since he was first elected as leader in 2008.

“I’ve seen his leadership style mature as he continued to learn from the experiences that he gained.

“During that time, he has enjoyed the unanimous backing of all in the controlling group and that’s a rare thing to happen in politics at any level and in any party.

“He’s a good listener but doesn’t shy away from difficult decisions.”

Cllr Jo Watkins, Monmouthshire council’s Liberal Democrat leader, said: “Peter has always been a kind and compassionate man and that has shown through with his leadership.”

Cllr Fox will remain as a county councillor for another 12 months until the local council elections next May.