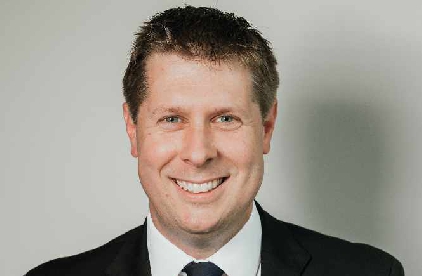 Councillor Richard John has been elected leader of Monmouthshire council.

Last month Cllr John was elected Conservative group leader at the council, a role which was also previously held by Cllr Fox.

Cllr John has served as a county councillor representing Mitchel Troy since 2017 and has held responsibilities for education and leisure.

Speaking to the Local Democracy Reporting Service, Cllr John said: “It’s an absolute privilege to be elected leader of the council.

“I am excited by the opportunities to improve the life chances of everyone living in Monmouthshire.

“I am looking forward to working with all the councillors across all parties.”

When asked about his main priority as leader, Cllr John said: “The number one priority is ensuring children and young people have the best possible start in life.

“We only have one shot at our education that’s why we have invested tens of millions in our new school buildings.”

Cllr John also hailed the new schools in Caldicot and Monmouth as his biggest council achievement in the last four years as the cabinet member for education.

Speaking about his time in the role, Cllr John said: “We have made significant improvements in education standards and we’ve had very positive Estyn reports.

“I have enjoyed a really positive relationship with our school leaders.”

The leader said that supporting businesses, especially given the current coronavirus pandemic, would also be at the heart of the new administration.

Speaking in the AGM, the outgoing leader, Cllr Fox said: “Over the past four years Richard has been an outstanding cabinet member, he has earned the trust and respect of residents and councillors alike.

“He’s forged strong relationships across Wales representing the county, especially important right now as we emerge from the pandemic. I am more than confident that he will be an outstanding leader.”

During the AGM Cllr John unveiled his full cabinet including his two deputy leaders.

Speaking about his appointments Cllr John said: “I have appointed a dynamic and progressive top team, from a wide range of professional backgrounds.