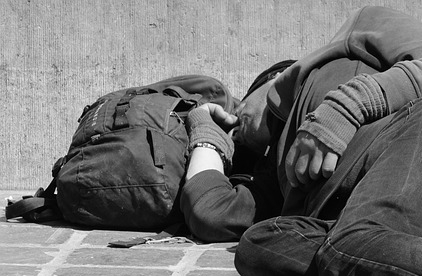 Plans to open a homeless shelter at Monmouth’s Old Market Hall have been given the full support of councillors.

The proposals, unanimously approved by Monmouthshire council’s planning committee on Tuesday, will see the ground floor of the Grade-II listed building in Priory Street converted into a night shelter, which will initially run between January and March.

The shelter will open from 6pm to 7pm, seven days a week, providing an evening meal for rough sleepers.

Staff will be on site at all times and there will be eight camp beds at the shelter.

Guests, who on arriving must be free from the influence of alcohol and illegal drugs, will leave by 8am the next day.

The project will be run by Monmouth Churches, with the support of Monmouthshire council and Gwent Police.

At a Monmouthshire council planning committee meeting on Tuesday, Cllr Mat Feakins backed the project “with full gusto” and called it “a brave move” for the council.

“I have full faith in the applicant and the services they already provide in Monmouth,” he added.

Councillor Louise Brown asked whether opening only between January and March would be ‘sufficient’ for rough sleepers, and if the project could run over a longer period.

The meeting heard the application is for a temporary consent, and that an extension to the time period could be considered in the future.

No alterations will need to be made to the building, which is owned by Monmouthshire council and currently home to Monmouth Museum.