Fly-tipping down overall in Monmouthshire 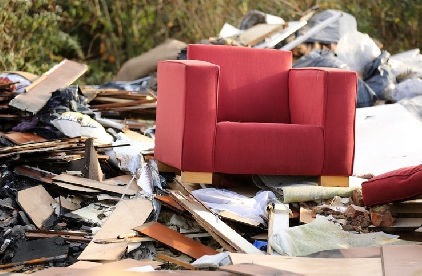 Figures released by the Welsh Government show the number of incidents went up in Torfaen, Blaenau Gwent and Caerphilly, but there were decreases in Newport and Monmouthshire.

Across Gwent, there were 6,949 fly-tipping incidents in the last financial year, down from 7,432 – though a change in reporting methods may have contributed to this.

In Newport, the number of incidents fell by around 25 per cent compared to the previous financial year, from 3,588 to 2,697.

A spokeswoman for the council said the authority believes “partnership working and the hard work from its dedicated PINT (Pride in Newport) fly-tipping team has resulted in a reduction of incidents.”

“Our PINT teams work really hard to prevent fly-tipping and also engages with many of our community groups to carry out litter picks and working alongside our partners in the police and fire brigade to raise awareness, so these efforts have also helped the reduction in incidents,” the spokeswoman said.

“Whilst there has been a net reduction in fly-tipping overall, we would like to see further improvements in reducing the numbers of commercial scale fly-tipping in the city and would like to remind residents that they have a legal obligation (duty of care) to take all reasonable measures to ensure that their waste is disposed of properly.”

Monmouthshire had one of the biggest percentage decreases across Wales, with the number of incidents falling from 420 to 300, down by 29 per cent.

A spokeswoman for the council said: “Fly-tipping remains a scourge across Wales and whilst any drop in incidents in Monmouthshire is welcome it is far too early to start celebrating.”

But Torfaen, Blaenau Gwent and Caerphilly all saw rises in the number of incidents.

“We encourage residents to report fly tipping incidents and make it easier for them using forms on our website or mobile app,” the spokesman said.

“Fly tipping is an anti-social and dangerous problem which costs thousands of pounds every year to clear away. It is unsightly and pollutes our environment.”

Councillor Eluned Stenner, Caerphilly’s cabinet member for environment and public protection, said: “In Caerphilly there are household waste recycling centres located across the county borough and the council also offers a bulky waste collection service – so there really is no excuse for fly-tipping.

“I would urge everyone to do their bit and report any problems as soon as they are spotted.”

A spokeswoman for Torfaen council said the authority “will do all we can to prevent and prosecute fly-tippers, but we can only do this together with the help of the community who have a key role to play in helping us identify those responsible.”

Across Wales, fly-tipping incidents went down by one per cent, with 11 authorities reporting an increase and 11 a decrease.

Most of the incidents, 71 per cent, involved household waste. There were 27,007 enforcement actions taken, the lowest since 2014/15.