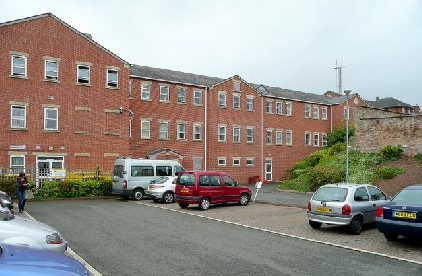 A community hospital was evacuated earlier after a smell of fumes was reported.

Hereford and Worcester Fire & Rescue Service were called to Ross-on-Wye Community Hospital at just before 10am.

A HWFS spokesperson said: "Following a report at 10am today of unidentified fumes being smelt at Ross-on-Wye Community Hospital, HWFRS have deployed firefighters to the site to investigate."

"The small number of staff and patients at the hospital have been evacuated as a precautionary measure while the investigation takes place."

Wye Valley NHS Trust confirmed a small number of staff and a patient from the endoscopy unit were evacuated following the spillage of a cleaning agent.

A small number of staff were treated for minor ailments.  No patients have been affected by this incident.

A Trust spokesman said: “While the endoscopy unit remains closed at Ross Community Hospital, following checks by the fire service, for the rest of the hospital it is ‘business as usual’.

“Patients whose appointments are being rescheduled are being contacted directly, and we’re also utilising an alternative endoscopy unit at another one of our sites for patient procedures where possible.

“We have tried and tested plans in place for this type of incident and we would like to thank our staff for their timely response”.