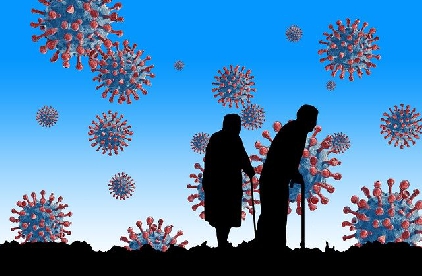 People in Herefordshire must do all they can to stop the spread of coronavirus and prevent further restrictions, health officials have said.

Herefordshire public health director Karen Wright said she is concerned with the uptick in cases in the county.

There were 114 positive cases of Covid-19 in the county in the last seven days.

This is up 78 on the previous week and Ms Wright said the county was at a crucial moment in keeping on top of the disease.

She said there is a risk Herefordshire could be placed into tier two, the high alert level, if this trend continues.

At that level, there is a ban households or support bubbles from meeting each other indoors.

However separate households can still meet outdoors and in public gardens providing that the rule of six is followed.

But Ms Wright believes if everyone follows the guidance and limits their social interactions this can be avoided.

“While we are looking good in Herefordshire, I am concerned about the uptick,” she said.

“We are seeing more cases in the last seven days.

“It’s so important for everybody to do the right thing to stop the infection.”

She stressed that the most important thing is that people continue to wash their hands regularly, wear a face covering in enclosed spaces and stay more than six feet apart from other people.

There were 114 cases last week in Herefordshire which is up 78 from the previous week.

There are currently 49 positive cases per 100,000 people in the county.

Ms Wright said a surge in cases would not necessarily mean the county will go into the next level of lockdown restrictions.

It would depend on whether the infections were widespread or contained to a specific place.

She said most new cases in the last seven days are within the 18 to 30 age group, with 19 of those being among people aged between 18 and 22.

Ms Wright said this could be down to people going to college or socialising.

“Their health may not be affected but the economy within the county could be.

“It could also spread older populations.”

She said it is vital for families who may meet up during the half term to consider meeting outdoors.

Ms Wright said there is more of a risk that asymptomatic children could pass the disease onto older relatives.