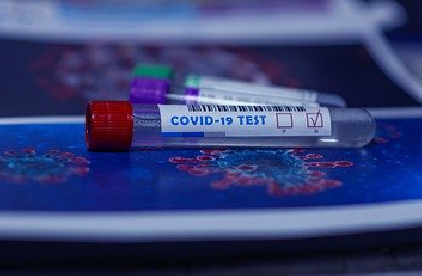 More than 40 people were in hospital with Covid in Worcestershire in the same week as new cases fell by more than a quarter.

NHS England figures show a total of 40 people were in hospital with Covid in Worcestershire on September 12 – the latest day available – including three people in intensive care.

Three people were also in the care of Herefordshire and Worcestershire Health and Care NHS Trust on the same day.

Public Health England figures show a total of 1,398 new coronavirus cases were recorded in Worcestershire in the week up to September 15 – a fall of just over 21 per cent compared to the week before.

A total of 192 cases were recorded in Worcester as numbers fell by almost 23 per cent in a week.

New cases also fell in Malvern Hills to 134 – a drop of almost 17 per cent compared to the previous week.

A total of 283 new cases were recorded in Wychavon – which includes Evesham, Pershore and Droitwich – a drop of more than 11 per cent compared to the week before.

As many as 247 cases were recorded in Bromgsrove in the week – a fall of just under 30 per cent compared to the week before.

Cases increased by six per cent in Redditch in a week to 309 new cases.

A huge drop in cases in Wyre Forest saw a total of 233 cases recorded in the week – a drop of almost 42 per cent.

As of September 19, a total of 423,815 people have now been vaccinated against coronavirus in Worcestershire – just under 81 per cent of the county’s population aged over 16.

A total of 452,402 people in Worcestershire have received at least one dose of a Covid vaccine – more than 86 per cent of the population.

NHS figures also show 68,729 people in Worcester have now been vaccinated having received two doses of a Covid vaccine – over 76 per cent of the city’s population – and 74,460 people – around 83 per cent of people – have had at least one jab.