Afghan refugees to settle in county 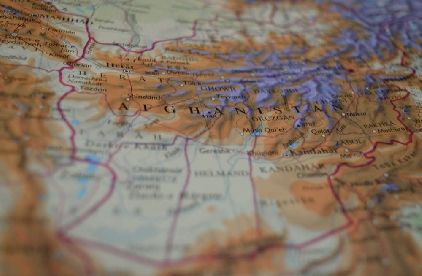 Afghan refugees will be arriving in the county throughout the month, but the council has not said how many families will be resettled.

Refugees fleeing the Taliban in Afghanistan will begin to arrive in Worcestershire throughout September and offered homes and the chance to start new lives.

Worcestershire County Council said it is working with the county’s six district councils and will be welcoming refugees through various support programmes but could not say how many families it is expecting to help settle.

No details on where in Worcestershire the families will be resettled have yet been revealed.

In the last similar international conflict in Syria in 2016, Worcestershire welcomed 100 refugees who are now settled and living new lives in the county with their families.

Councillor Matt Dormer, cabinet member for communities at Worcestershire County Council, said: “Worcestershire will be receiving families through the ARAP (Afghan Relocations and Assistance Policy) scheme which is supporting the interpreters and other personnel that supported our military.

“These people will start arriving throughout Worcestershire from September.

“That scheme is being led by the county council with support from all districts.

“This is in addition to the UKRS (UK Resettlement Scheme), which we are also expecting refugee arrivals from imminently.

“Any details on further schemes, including the most recent Afghan Citizen Resettlement Scheme (ACRS), are currently being discussed, so we are unable to confirm plans or numbers.”

Neighbouring councils in Birmingham and the Black Country have already agreed to welcome hundreds of families fleeing Afghanistan.

The government has promised that up to 5,000 Afghans can find refuge in the UK this year, with up to 20,000 in the longer term.

The refugees will be coming to the UK as part of the Government’s Afghan Relocations and Assistance Policy (ARAP) – a bespoke resettlement scheme for Afghan interpreters and other people who have worked with the UK in Afghanistan.

It is open to any current or former Afghan who is deemed to be under serious threat to life under the Taliban regime.

Since it was launched in April of this year more than 2,000 Afghan staff and their families have resettled in the UK.