Decision expected on plan for 33 affordable homes in Montgomery 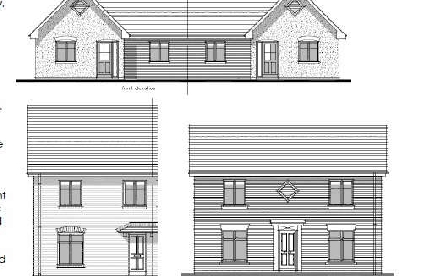 The application has been made by Mid Wales Housing Association to build the homes on a 1.6-hectare field off Forden Road.

Earlier this year, Montgomery county councillor Stephen Hayes called in the application to be discussed by the committee.

Cllr Hayes pointed out that the land is an “exception site” which means that it is outside the town’s development boundary, and only affordable homes would be allowed on the site.

“I note that this proposal relates to an exception site, and that land with a housing allocation in the current LDP (Local Development Plan) is situated nearby, and lies undeveloped.

“I also note that this site was previously designated as an employment site.

“For both these reasons, I would prefer to see this proposal brought forward on to the allocated housing site.”

Cllr Hayes also pointed out that the  junction of New Road and Forden Road next to the site is dangerous with poor visibility.

Montgomery Town Council is also “broadly supportive” but  have “serious concerns” about the  proposed access onto Forden Road.

The council believes that “significant safety improvements” would be needed due to the increased volume of traffic and pedestrian use.

“The recommendation is therefore one of conditional consent.”

A total of 26 conditions have been placed on planning permission if councillors are in favour of the proposal.

Amongst these are: drawings for a link road and unclassified road, U4810 need to be submitted to the council and before anyone can move into the homes “all highway improvements” need to be fully completed.

Agents Pickstock Homes, explained their proposal in a Design and Access Statement

Pickstock Homes said: “This area of Montgomery has seen generally housing development expanding from the town centre towards the site with some commercial development adjoining the site to the southwest.

“The scale of the development will be limited to one and two storey houses.”

They hope to build.