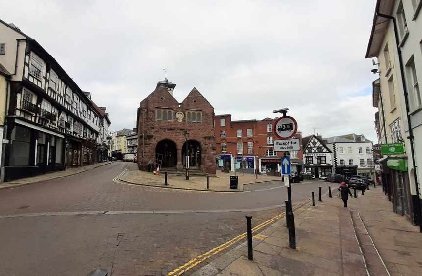 © Copyright Jonathan Billinger and licensed for reuse under this Creative Commons Licence.

The council tax Ross-on-Wye residents pay towards their town council will not increase next year.

Ross town councillors unanimously agreed a 0% increase for the next financial year.

Councillors feel they should do as much as they can to help the many people struggling financially due to the pandemic.

Householders in a band D property currently have to pay £131.24 a year to the town council.

Speaking at last night’s (February 22) full council meeting, councillor Louis Stark said he was concerned about any increase would have on low-income households.

He proposed that the council should go for a 0% increase at the management committee earlier this month.

“That’s disappointing because given that council tax is a regressive tax, we should bear in mind that it’s the poorest households who bear a proportional increase on their income in meeting council tax changes.

“I would hope we as a town council draw attention to the county council the reasons why we propose a 0% increase.”

Mayor Daniel Lister said he was sure the vote would send a strong message to Herefordshire Council.

“And it shows that we as a council are showing support to our residents,” he said.