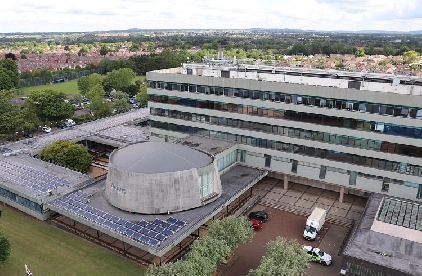 The closure of two highways depots will go ahead at the end of this month after a petition calling for them to remain open failed to win over councillors.

The petition, presented at a Shropshire Council meeting on Thursday, called on the authority to keep the depots in Bridgnorth and Hodnet open until information had been provided to elected members and a vote taken on whether to shut them.

But Councillor Steve Charmley, speaking at his last meeting as portfolio holder for highways, said safety issues meant it was not possible to keep the sites open without putting workers at risk.

He assured concerned residents – 2,100 of whom had signed the petition – that the closures were temporary to allow the necessary work to be carried out, and that if the move were to become permanent councillors would have the final say.

It means both depots will close next week as planned, with all operations to be run from the three remaining sites in Shrewsbury, Whittington and Craven Arms.

Presenting the petition, Bridgnorth town councillor Rachel Connolly said: “The highways depot in Bridgnorth has served as a local hub for the south east of the county for years – approximately 60,000 residents.

“Like all of Shropshire’s five depots, it delivers the 15 per cent of highways work that focuses on localised repairs that require a quick response and local knowledge.

“Bridgnorth itself suffers badly with flooding on the eastern bank of the River Severn, and our topography means that in winter the steep incline of our main roads, residential streets and country lanes can become extremely dangerous in icy weather.

“But more importantly, Bridgnorth depot doesn’t just serve our town – it’s all the outlying towns and villages in the south east.

“Most residents in the Bridgnorth area are concerned that our service levels will be reduced. Will everyone’s highways repairs take longer, or will we just get forgotten out in the south east because we are so far away from decision makers like yourselves in Shrewsbury?

“There is already a general perception by residents in the east and areas like mine that Shropshire Council is already very centralised and Shrewsbury-centric.

“Despite paying the same council tax as everyone else in the county, our services are being removed to centralise delivery as a cost-saving exercise, much to the frustration of local people.”

Labour councillor Julia Buckley, who represents Bridgnorth West and Tasley, said the retention of the two eastern depots was a matter of equality, and to close them would consign more than 120,000 residents across 22 divisions to a sub-standard service.

She added: “Let’s make no mistake. The services we are talking about are safety. These are repairs to uneven footpaths, problems in roads, emergency responses to road traffic accidents, to flood and winter gritting.

“To get this wrong would have very serious consequences.”

Councillor Buckley also produced a letter sent by the council’s highways contractor Kier to its staff at the Bridgnorth depot earlier this month, informing them that their move to the Longden Road depot in Shrewsbury was permanent.

However, Councillor Charmley said the council had not yet made a decision on the future of the sites, and that the letter only proved Kier was not intending to relocate its own staff back to the depot if it were to reopen.

He said: “The current proposal to close Hodnet and Bridgnorth depots is a temporary closure on health and safety grounds.

“The salt barn at Bridgnorth is structurally unsound and has been found to have serious issues with its longevity, so that is currently undergoing investigations to see if it can be used going forward.

“There are similar issues at the Hodnet depot. Parts of the depot are unsafe.

“It would be wrong of me as the portfolio holder to put our staff in jeopardy if there are structurally unsound buildings within those depots.”

Councillor Charmley said road maintenance and winter gritting would not be affected, adding that a full equality impact assessment would be carried out if the outcome of the current investigations was that the depots should remain closed permanently.

He proposed asking officers to prepare a report on the future of the depots, to be brought to cabinet “in due course”.