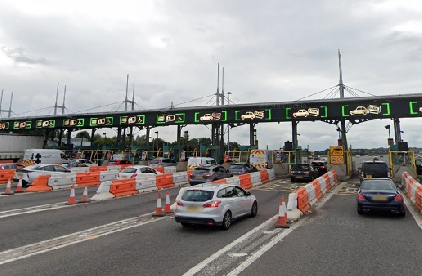 The scrapped Severn Bridge tolls could be replaced with congestion charges on both sides of the river.

Removal of the fees in 2018 after more than 50 years was hailed as a boon for the area that would unlock investment between Wales and the West of England.

But all those new journeys between the regions have had a major impact on the road network.

New bus routes, park and rides and junction improvements are being considered to relieve the pressure – and to help fund them, authorities are looking at “demand-management measures, such as charging measures and controls”, on both sides of the Severn.

The ideas are revealed in the West of England’s latest joint local transport plan (JLTP), the region’s infrastructure blueprint up to 2036.

No timescales are given and there is no detail on how any charges would be levied.

The JLTP says scrapping the Severn Bridge tolls was likely to increase delays on already congested sections of the M4 and M5.

It says the result will be more traffic on roads across the West of England, including the northern, eastern and north western fringes of Bristol, the A4 Portway, the A369 and the A46 from the M4 to Bath.

There could also be “increased delay to buses, as they get stuck in additional traffic. Trains could also become less attractive, as the cost of travelling by private car becomes more comparable”.

The JLTP says it is uncertain if improvements to public transport will be enough to counter all the extra traffic and the environmental impact.

A West of England Combined Authority spokesman said: “The removal of the tolls provides many opportunities to boost the economies of the West of England and South Wales.

“We are working with the Department for Transport, Highways England, Wales Office and Welsh Government – as well as our constituent councils – to ensure we make the most of these opportunities, while mitigating any potentially negative impacts.