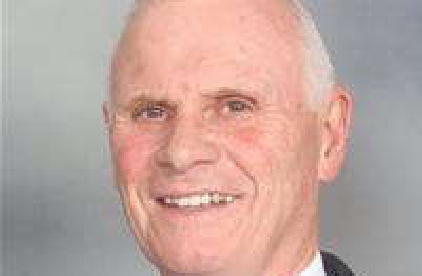 The Sheriff of Gloucester and deputy mayor Clive Walford has resigned.

The Conservative Party councillor, who represented the Longlevens ward and has been a city councillor since 2016, resigned last week.

The Gloucester-born councillor, who used to play for the Cherry and Whites, declined to comment when asked about his resignation.

Gloucester City Council leader Richard Cook (Con, Kingsway) said he was sad to see Cllr Walford resign as he was an active member of the local authority.

“My view is that he did a lot for us as a councillor,” he said.

“He was an active member of the Longlevens team, chair of licensing, he was this year’s sheriff and he was also the whip for the Conservative group.

“He had a lot on his plate and it might have been too much for him.

“The sheriff, like the mayor, has got civic events to attend and I can understand how difficult it must have been for him to divide himself between the city and his work in London.

“Perhaps he felt overwhelmed by it all and that was his reason.

Cllr Pam Tracey (Con, Westgate), who is expected to take on the role of sheriff, said she felt sorry about the resignation.

“He’s a good councillor. I don’t know what happened to bring it to this.”

The resignation means there will be a city council by-election for Longlevens on November 4.