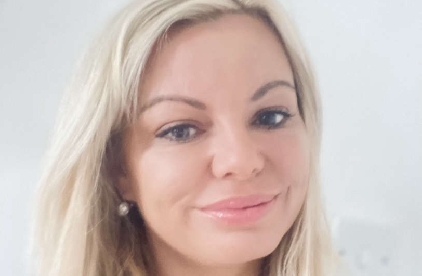 Gloucester City Council has appointed Stephanie Chambers to its cabinet from January 2022.

Cllr Gravells will step down from the Cabinet on 31 December.

The council says the incoming cabinet member brings experience of working with vulnerable people within the Citizens Advice Bureau, as well as 20 years of construction experience in Gloucestershire.

Cllr Chambers  recently achieved a law degree with first class honours from the Open University, and is undertaking a master’s degree in advanced legal practice from the University of the West of England, in Bristol.

Gloucester City Council leader Richard Cook (Con, Kingsway) said: “I am delighted that Stephanie will be joining us on the cabinet.

“She gave a very impressive presentation during her interview, that showed her knowledge and interest in the area. Stephanie also brings significant experience from her time working with the Citizens Advice Bureau in Gloucester.

“I would also like to thank Andrew Gravells for his hard work and efforts in the role for the past two years.”

Cllr Chambers said: “I’d like to pay tribute to the great work and determination of Andrew during his time in the role, and I am excited to continue with his good work.

“I am really looking forward to working with the team at the City Council.

“I want to help improve housing for all across our city, and I am up to the challenge of this role.”