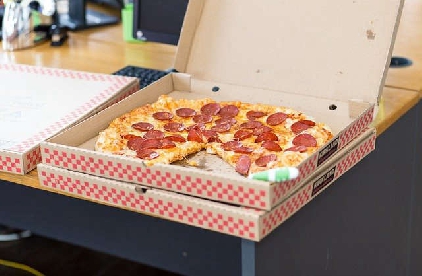 A new takeaway could open in a former city laundrette under new plans.

The proposals by Hasrat Mahmood would see the former Polyclean Centre laundrette in London Road in Worcester converted into a new takeaway serving pizza, kebabs, burgers and chips.

The laundrette closed in June and has been empty since.

The proposed opening hours are 10am to midnight from Monday to Thursday and Sunday, 10am to 1am on Friday and Saturday and 5pm to 11pm on Bank Holidays.

Double yellow lines on London Road – one of the busiest roads in the city – means parking would not be allowed outside the new takeaway.

A small yard to the rear of the building would provide two parking spaces which customers would be “encouraged” to use.

Several comments were submitted to Worcester City Council during public consultation with some concerns raised about the number of takeaways and parking.

Costas Mougis, from the neighbouring Seacrest Fish Bar on the corner of London Road and Wyld’s Lane, objected to the plans saying there were already enough takeaways in the area.

“I object on the grounds that 50 per cent of the shops on the stretch of road from the corner of Wyld’s lane and Sebright Avenue to the corner of Victoria Avenue already serve takeaway food, this is enough in my eyes.

“Also having lost the amenity of a laundry service in the shop, I don’t feel another takeaway would best serve the community.

“The area is already over congested with traffic due to being on the main road into Worcester and this would add to the congestion with extra cars and delivery vehicles using the takeaway.”

One comment said: “Whilst I would like an Indian takeaway nearby, with two Chinese takeaways and one fish and chip shop and a café I feel we have enough takeaways in a small area with yellow lines so no parking.

“The takeaway delivery drivers, at the moment, park on the pavement.

“The previous usage was more useful to the area’s population.”

Another objector in Wyld’s Lane said: “After living in this area for approximately 40 years I feel there are enough fast-food outlets already. There are double yellow lines so not suitable for parking and it is to close the traffic lights.

“What this area needs is a small convenience store or a chemist.”