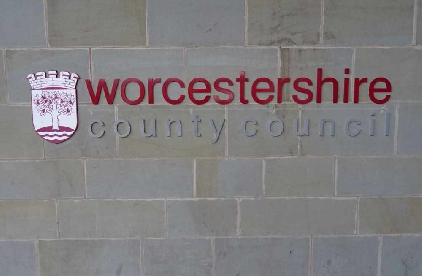 An important decision on whether to build a new multi-million-pound bridge across the River Severn in Worcester will be made next week.

Worcestershire County Council’s planning committee will be meeting again to vote on proposals to build a new multi-million-pound bridge between Worcester’s Gheluvelt Park and the old Kepax landfill site across the River Severn.

Councillors narrowly voted to defer a final decision in July over fears it would not join up properly with walking and cycling routes around the rest of the county creating a “bridge to nowhere.”

Millions of pounds of funding to help build the bridge could be jeopardised if it was not approved as soon as possible, council planning officers had warned, with officers also warning that reconfiguring the plans could take up to a year to complete.

The council’s planning committee meets again next Tuesday (September 28) to decide with planning officers again recommending the proposals are approved.

At the last planning meeting, councillors still agreed to push back a decision for “up to six months” to give the council the chance to provide more information on how the bridge would connect to existing and future walking and cycling links.

Planning papers said the new bridge would help form a walking and cycling ‘loop’ between Sabrina Bridge and Diglis Bridge.

The council also said it plans to improve routes between Gheluvelt Park and Worcester city centre as well as links through the park to the Birmingham to Worcester canal.

Improvements are also expected to be made to routes between Lower Broadheath and Worcester Six and between the city’s Sabrina Bridge and Kepax Bridge.

Various bids for government funding in and around Worcester also include plans to improve cycle and walking routes – including new and upgrade paths, cycle parking and bike hire schemes.

Andy Maginnis from the county council raised “grave concerns” that millions of pounds in government funding could be lost if the planning committee did not approve the new bridge in July.

“The current funding that we have available may not be there in a year or two years if we defer. This is the time to carry out the work if we wish to do it.

“Believe me, with my experience of infrastructure, the key thing to do is get the big-ticket items in place while you have the opportunity and that provides the catalyst for attracting funding to carry out the balance of the work.”