Return to the council chamber will not happen until January 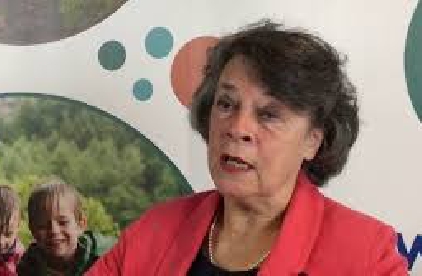 Councillors will not be returning to face to face meeting at the council chamber at County Hall in Llandrindod Wells, until at least the New Year.

The longing felt by some Powys County councillors for a return to the chamber, was brought up at a cabinet meeting on Tuesday, September 21.

They were discussing the New Way of Working (NWOW) for staff which could see over 1,300 work from home on a permanent basis.

Portfolio holder for corporate governance and regulatory services, Cllr Baynham wanted to reassure councillors that, “we are working on it.”

Cllr  Baynham said: “We’ve had a grant from the Welsh Government, and we’ve ordered equipment for the chamber that will enable us to have a blended way of working, so that we can have hybrid meetings when some people can be in the chamber and some from home.

“There is however, a very high demand for this equipment and it cannot be installed until early January.”

The issue that some councillors are unhappy with having council meetings online was highlighted at a meeting of the planning committee earlier this month.

At that meeting Cllr Phil Pritchard pushed for a vote by the committee on returning to meet in County Hall as he was “sick and fed up of sitting in front of a laptop for six, seven, eight hours a day.”

Council leader, Cllr Rosemarie Harris: “Several members have mentioned to me that it is difficult for them to even get into meetings, some of them miss County Hall.

“When they came to County Hall for a meeting, they would make sure they saw various officers to deal with issues that they have, I think some are missing that.”

Cllr Harris wanted to have a discussion on a return of councillors to County Hall.

Cllr Harris said: “I appreciate there are still risks but perhaps we can make arrangements for some of them to come back in as and when, and perhaps meet officers.”

The NWOW plan according to the council, will build upon practices that have been successfully adopted during the pandemic, and allow staff to regularly work from home, work from council offices or agreed partner facilities that are closer to their homes, so long as it does not affect the quality of council services.

The new operating model will also aim to cut the council’s impact on the environment and help it achieve its aim of reducing its carbon emissions to net zero by 2030.

Council staff are likely to fall into one of three workstyle categories in the future.

Changing to this style of working would according for director of economy and environment, Nigel Brinn, save over £500,000 a year.

On-the-go workers are mostly out and about in the community, directly delivering services, examples include rubbish collectors, domiciliary and social care staff.

And finally, flexible workers can work from anywhere including home, office or in the community, and include legal and finance teams, housing officers and human resources staff.

The changes were approved unanimously by cabinet and will come into force next month.