Councillors will get to interview candidates for vital education role 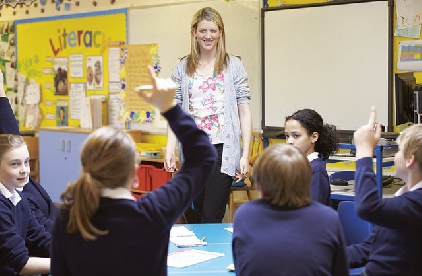 Councillors will get to decide who will be the new Powys County Council director of education.

At a confidential full council meeting on Thursday, September 23, councillors will be given the chance to interview the candidates.

They will also decide whether or not to go ahead and appoint someone to the role which comes with a hefty £87,851 to £95,092 annual salary.

The council has been looking for new leadership in the education department for the last two years.

During that time the department, which is overseeing a radical reorganisation of schools in Powys, has been managed at an operational level by Lynette Lovell as interim head of education.

A number of consultants, including Geraint Rees who was named strategic lead for education in November last year, have been brought in to advise on the reorganisation process.

Mr Rees was also added to the executive management team at the top of the council’s hierarchy.

The appointment will close the door and start a new chapter for the department which has had a shaky time in recent years.

In late 2018 the director of education post was deleted during a shake-up of senior management roles by acting chief executive Mohammed Mehmet.

The reorganisation saw senior management roles slimmed down from 24 to 16 in a bid to save £1 million, at the time this left director of education Ian Budd, and head of education Dr Alec Clark, to compete for one role.

Mr Budd left the authority in February 2019 to work for Warwickshire County Council.

This saw calls for education portfolio holder Cllr Myfanwy Alexander to face a motion of no confidence vote at a council meeting,

But before the meeting took place, Cllr Alexander was moved to the adult social care portfolio.

Cllr Phyl Davies was switched from highways, transport, and recycling to take the helm at education.

Last year following the departure of Vanessa Young the director for transformation and resources, calls were made by Cllr Elwyn Vaughan to restore the director of education role.