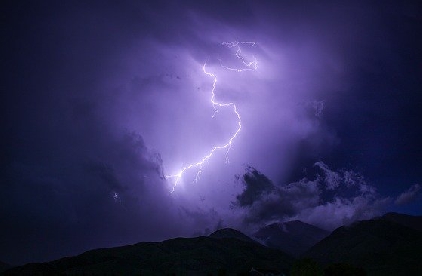 The Met Office has issued a yellow weather warning for thunder.

Forecasters say a mixture of heavy rain and thunderstorms may lead to some disruption across Herefordshire, Monmouthshire, Shropshire and Worcestershire.

The Met Office has issued the warning from 8pm today until 10pm on Saturday.

Heavy rain and thunderstorms will move into southern areas during Friday night, reaching south Wales and the Midlands early on Saturday. This is likely to bring frequent lightning, possible large hail and gusty winds as well as torrential rainfall for some.

Where this occurs, perhaps most likely in central parts of southern England, 25 to 35 mm of rain could fall within an hour, with possible flooding. Further slow-moving thunderstorms will develop by Saturday afternoon across southern counties of England, easing only slowly through the evening.

Not all places affected but where they occur, a renewed threat of torrential rainfall and flooding, some locations seeing 30 to 50 mm within an hour or two. Lightning, large hail and locally gusty winds could pose additional hazards.

A further yellow warning has also been issued for Sunday.