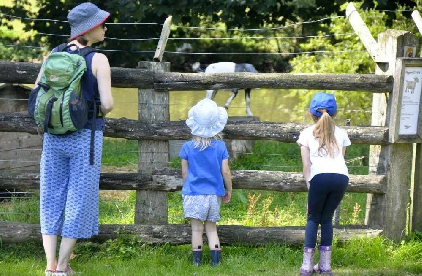 Plans are being made for people to share their views over the future of Acton Scott Historic Working Farm in the new year.

Shropshire Council, which has been operating the museum as a tenant since the 1970s, will be hosting discussions about the future of the attraction following its temporary closure in June 2021 due to an E.coli outbreak.

Since the closure the council has commissioned a number of reviews of the site including health and safety, repairs and maintenance and staffing. Further staff training and the need for further investment in the site has also been identified.

The working farm museum was the vision of Thomas Acton who established a museum demonstrating farming techniques at the turn of the century before the advent of the internal combustion engine.

Visitor numbers peaked at around 45,000 in 2009 with the advent of the BBC’s ‘Victorian Farm’ television show but fell sharply the following year and have been in steady decline since. With an average of only 20,000 visitors per annum since 2014 and an operating deficit of £168,000 per annum, the Shropshire taxpayer has been subsidising the running costs of the farm at a cost of £8.40 per person.

Shropshire Council, like many other local authorities, is facing an extremely challenging financial future and it is in this climate that an options appraisal has been undertaken to determine whether an alternative commercially viable model is achievable at Acton Scott Historic Working Farm. The council has kept the Acton family informed during this process.

Clare Featherstone, Shropshire Council’s head of culture, leisure and tourism, said: “Shropshire Council recognises the value Acton Scott holds for many people and is committed to supporting the landowners and the local community over the coming months and we look forward to hearing thoughts and suggestions when we open discussion in the new year.”

Francis Acton, for the Acton Scott Estate added: “It is clear that there is a large community who have a great affection for the historic working farm. The Acton family will support the consultation and work with Shropshire Council to explore future options.”

Anyone wanting to feedback can email: actonscottengagement@shropshire.gov.uk

A report will be taken to Shropshire Council’s Cabinet for decision in spring 2022.