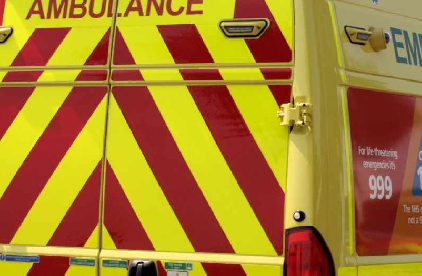 A van driver has died and two other people have been injured in a road traffic collision in North Herefordshire.

West Midlands Ambulance Service was called at 11.09am earlier today to the junction of the B4203 and B4204, Upper Sapey to reports of a collision involving a car and a van. Two ambulances, a community first responder, a paramedic officer and the Midlands Air Ambulance from Strensham with a MERIT trauma doctor and critical care paramedic on board attended the scene.

A West Midlands Ambulance Service spokeswoman said: “When ambulance crews arrived at the scene, they found a van on it’s side with two occupants trapped inside. The driver of the van, a man, was being given CPR by police colleagues and bystanders. Ambulance crews quickly took over resuscitation efforts but sadly, despite the best efforts of everyone, nothing could be done to save the man and he was confirmed dead on scene a short time later.

“The passenger in the van, a man, sustained non-serious injuries. Ambulance crews had assistance from the fire service to extricate him safely from the vehicle. Once released, the man was conveyed to Worcestershire Royal Hospital for further checks.

“The driver of the car, a woman, was out of the vehicle and upon assessment was found to have sustained injuries not thought to be serious. She was given treatment on scene before being conveyed to the same hospital for further care.”