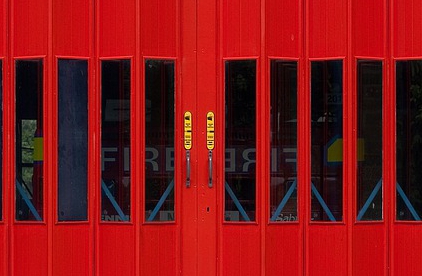 The fire brigade’s alliance with a neighbouring county is saving money, consolidating resources and continuing to “mature” two years after it began, Shropshire’s chief officer says.

Shropshire Fire and Rescue Service formally entered the arrangement – which sees it share fire control, risk management, IT and procurement functions with Hereford and Worcester’s brigade – in 2019.

Chief Fire Officer Rod Hammerton told Shropshire’s fire authority the alliance was “embedded” into those areas and, while the two services did not always act together, staff should always ask whether doing so would be “more sensible or productive”.

He said one aim was to avoid unnecessary duplication, adding that the number of “incident command units” across the whole area had reduced from five to three after a review and a shared resilience agreement, and the same thing was likely to happen to “aerial ladder platform” coverage.

Officer Hammerton was presenting a report he co-authored with Transformation and Collaboration Head Jan Morris updating Shropshire and Wrekin Fire and Rescue Authority members on the alliance’s progress.

Chairman Eric Carter said the report proved the alliance was “well worth establishing”.

He said: “Savings have been made, but it’s not just about savings; it’s about working as a team and making sure we have the right methods in place.”

Officer Hammerton said: “I won’t say the four main projects identified at the beginning of the alliance – fire control, ICT, CRMP [Community Risk Management Planning] and procurement – are ‘complete’, that’s the wrong terminology, but they are embedded to the point where they are creating ‘sons and daughters’ of those projects, subordinate projects.

“The alliance is maturing into that more operational, tactical alliance.”

He said internal communication focussed on “increasing knowledge and awareness of the alliance and its benefits within the services, to encourage further alliance activity to take place”.

He said: “The first question they will come to ask, when they are doing their job, is ‘Who are we doing this with? Are we doing it with Hereford and Worcester?’

“Sometimes it might be more sensible or productive to do it on our own or in collaboration with other partners, but the question should always be asked when we kick off any initiative.”

The procurement plan aimed to ensure the brigades “never missed a trick”, Officer Hammerton said. The report said this had been successful in introducing smoke hoods and jointly developing training materials, and purchasing a boat for Shropshire based on specifications used by Hereford and Worcester.

The report included an update on aerial ladder platforms [ALPs], extendable hydraulic cranes that lift firefighters and direct hoses into high places and cost around £500,000.

It said: “Shropshire’s operations team are leading on a review of the need for, and capability required for, working from vehicles at height. This joint review of need will drive the specification for any future purchases.”

“We used to have two incident command units as a standalone service because we needed one,” he said.

“Hereford and Worcester had three because they thought they needed two. We’ve now got three between us.

“If we identify that we can provide each other with resilience and work together, there’s a significant saving there.

“The work hasn’t commenced yet, but my suspicion is that that will be the case.”

Cllr Pardy asked whether one ALP would remain based in the county of Shropshire. Officer Hammerton said it would.