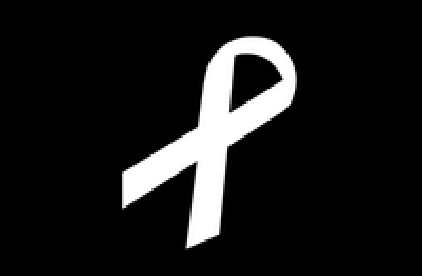 Shropshire Council has pledged to take a stand against male violence towards women and girls by seeking ‘White Ribbon’ accreditation.

The move, which has received unanimous backing from councillors, commits the authority to providing training for staff and promoting a culture in which gendered violence is never condoned or ignored.

The council is aiming to achieve the accreditation, awarded by charity White Ribbon UK, within six months.

It follows a similar pledge by Oswestry Town Council earlier this year to begin working towards the accreditation – the first council in Shropshire to do so.

Meanwhile, Telford and Wrekin Council has been a White Ribbon organisation for several years.

Oswestry South councillor Duncan Kerr, who put forward the idea to Oswestry Town Council and sits on the town’s White Ribbon steering group, tabled the motion calling on Shropshire Council to do the same at a meeting of the full council on Thursday.

He said: “Since I submitted the motion, a report commissioned by the Home Secretary has recommended the epidemic of violence against women be given the same national priority as we give terrorism.

“This week we have seen yet another woman, Sabina Nessa, killed on our streets.

“It’s time to recognise that while men and women can be victims of domestic violence, it is overwhelmingly women who suffer serious injury and indeed death, and men who are overwhelmingly – but not exclusively – responsible.

“It’s time for Shropshire Council to make a stand, and I hope all councillors from all political parties will welcome the opportunity to make a public pledge never to commit, excuse or remain silent about male violence against women.”

He said: “Gendered violence has been too little challenged for far too long.

“Society and our culture appears to be so used to the concept of male aggression towards females that it’s only the absolutely most shocking and excessive cases that become headlines.

“Most of the time, most people do not see it and don’t want to see it.

“I want male violence against women and girls to end, and I want to do anything I can, as a man, to help that to happen.

“Gendered violence has historically and even currently been treated as a predominantly female problem.

“All the preventative cures have been loaded onto women and girls – don’t go out alone, don’t wear certain clothes, carry an alarm, don’t give out the wrong signals, don’t leave your drink unattended, don’t let it happen to you.

“And if your partner is the abuser, why do you stay? Why don’t you just leave – leave your home, everything you have, possibly even your children? It is almost treated like a natural, wholly expected situation.

“But can you imagine what would happen if, over the last few years, violence by women and girls towards men and boys had risen to such a level that two men were being killed every week in an attack of female aggression?

“I would safely bet that there would be action, and the police performance on domestic violence would not be so woeful as has been reported in the last few days, nor the conviction rates so dismal, nor the sentences handed down when a guilty verdict is reached.

“This needs to change. It is completely immoral to place the burden on the victims, not the perpetrators.

“Violence committed by men or boys on women or girls is a male problem, but until recently nearly all the conversation about it has been between women and girls, most of the support has come from women, the demand for action has come from women.

“That is why the White Ribbon campaign is so crucial to solving this. It is designed to increase the underplayed role men should be taking, and placing responsibility on them for creating a society which does not produce the conditions for violence towards women to exist.”

Councillor Kirstie Hurst-Knight, cabinet member for children’s services, said she fully supported the idea, having undertaken the training herself during her time as mayor of Bridgnorth.

She said: “I wholeheartedly support this motion.

“I am really aware of the timeline you have set out, so provisionally we have looked at course providers, contacted HR, spoken to the chief executive and the leader. It is doable, if we get this passed today.”

Councillor Hurst-Knight said the Conservative administration would welcome the chance to work with opposition groups on meeting the requirements of the accreditation.

“I hope everyone votes for this so we can start the project running as of next week.”

Members unanimously voted in support of the motion.