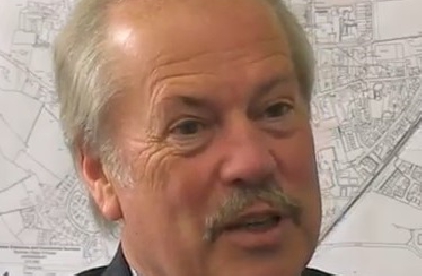 Shropshire's council leader says “behind-the-scenes discussions” with government figures tell him the financial outlook is not as gloomy as officers are forecasting.

Peter Nutting says the £37 million spending gap, forecast for 2021-22 by Finance Director James Walton, is a baseline scenario, but he expects central government grants and the Fairer Funding Review to reduce that to “under £10million”.

The Conservative leader of Shropshire Council said this would still be “a challenge”, but “I don’t think it’s quite as gloomy as he makes out”.

But, at the same meeting, a representative of back-bench councillors recommended a lobbying trip to Westminster to argue for better funding for adult social care and children’s services.

Presenting the 2020-2025 Medium-Term Financial Strategy to the 10-member cabinet, Cllr Nutting said the document “looks at the money we know for sure we are definitely going to get”.

Mr Walton wrote: “The proposed expenditure plans for 2020-21 of £625m exceed the total funding anticipated, leaving a gap to be resolved.
“It is also anticipated the funding gap will increase each year over the five-year period unless additional funding or ongoing savings can be identified.”

Cllr Nutting said: “James [Walton] isn’t wrong to put the report how he has put it, but, behind the scenes talks that I have been having with both political figures in London and civil servants tell me the reality is we’re looking to get some of the money but it may be repackaged in different forms.”

He said the council could benefit from a potential £9.5m from the Better Care Fund, £6.6m from the Rural Services Delivery Grant and an £8m Social Care Grant.

The government’s Fair Funding Review, which will update Whitehall’s assessment of local authority needs, could bring a further £4m.

“So that gap goes down to under £10million, which is still a challenge, but it doesn’t worry me as much as if I just read the report in the cold light of day,” Cllr Nutting said.
“I don’t think it’s quite as gloomy as he [Mr Walton] makes out.”

But, earlier in that meeting, Councillor Claire Wild, who chairs the Performance Management Scrutiny Committee, said funding for children’s services and social care was in crisis.

“There are problems in children’s services with sexual exploitation and ‘county lines’,” she said.
“There is a desire within the community to fund some preventative measures but, unfortunately, we are not able to fund that.”

A report, by a working group looking at financial strategy, recommended that “a strong cross-party representation of Shropshire Council members, accompanied by all Shropshire MPs, should travel to Westminster to lobby the Prime Minister and government”.
Cllr Wild said that suggestion was made out of “sheer frustration”.

Cllr Nutting said an “ad hoc” trip to the capital would be pointless unless someone had agreed to meet them there once they arrived.
“We will try to arrange something in due course,” he said.

This, Cllr Nutting said, could be boosted by sales of development land.

“The Oxon Link Road and Northwest Relief Road will release about 100 acres of council-owned development land,” he said.
“It’s quite reasonable to expect that to get £300,000 an acre, so that’s £30m that I think we will end up with.”

Other sites, at locations including Mile End, Oswestry, and London Road, Shrewsbury, could bring in more than £35m more, he said.