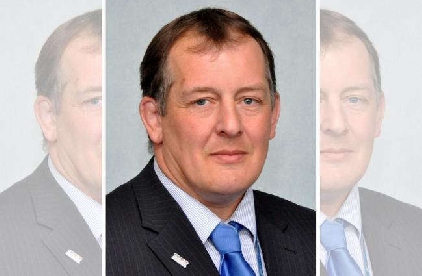 The deputy leader of Shropshire Council has stood down from the authority’s top team for health reasons.

Councillor Steve Charmley said he had made the difficult decision to resign from the cabinet after 12 years but would continue as councillor for the Whittington division.

He will be replaced as deputy leader by Loton councillor Ed Potter, portfolio holder for economic growth, regeneration and planning.

Councillor Charmley has held a cabinet position since Shropshire Council was formed in 2009 and has been deputy leader since 2016.

After Councillor Picton’s election as leader, Councillor Charmley continued as deputy and took on the highways portfolio – pledging to end the plague of potholes on the county’s roads and push through the controversial North West Relief Road project.

The changes will come into effect from tomorrow.

Councillor Picton said: “It was with great sadness that I accepted Steve’s decision to step down from his role as deputy leader and from cabinet, but his health must come first.

I have really enjoyed working with Steve, he has made good progress with high priority areas such as highways and I publicly thank him for the hard work he has put in.

“On a personal note, he has been really supportive of me in my relatively new role, and I will certainly miss his sense of humour. I wish him all the best.”