Setback for broadband rollout in Herefordshire 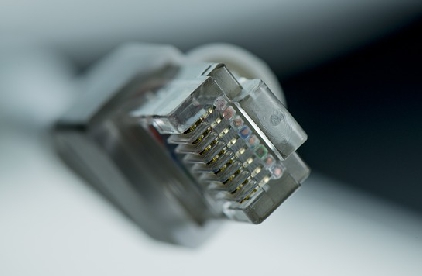 Herefordshire has dropped a deal with a network company that was to install high-capacity data connections in hard-to-reach parts of the county.

The council had commissioned Oxfordshire-based installer Gigaclear as its main contractor through its Fastershire programme, a partnership with Gloucestershire County Council to provide a full fibre network across the area.

In a report due to be given at a council meeting tomorrow, now postponed, council leader David Hitchiner said: “Whilst this was effectively addressed, a wider issue related to Gigaclear has been emerging relating to their ability to deliver broadband to parts of our county due to the cost.”

The meeting was postponed due to “concerns with the weather and Covid-19 cases”, the council said.

His report says that the main impact is on around 2,300 premises in the south of the county still on broadband speeds of less than 30 megabits per second (Mbps).

The council has now broken off its contract with Gigaclear for works in the south of the county and for areas that were to be part of the new national Government Project Gigabit, Coun Hitchiner confirmed.

This £5 billion national project was launched in March to equip more than a million homes and businesses with gigabit broadband who would not be reached through private sector investment.

“Whilst this will take longer to reach some premises, it means that, subject to the Government delivering on the programme, a wider area can benefit from gigabit capability,” Coun Hitchiner said.

“In the meantime the council will support communities affected with a household grant, support for business and continue with the community broadband scheme.”

According to Fastershire, this grant scheme is “in development” and is due to launch in February.

Despite the hold-up, the latest industry figures show that over 93 per cent of Herefordshire properties can currently access a “superfast” broadband connection, defined as at least 30Mbps, which Coun Hitchiner described as “significant for such a rural area”.

Meanwhile over 36 per cent can access a “gigabit-capable” (1Gbps) connection, largely as a result of the Fastershire programme.