All Request Saturday with Gregg Upwards 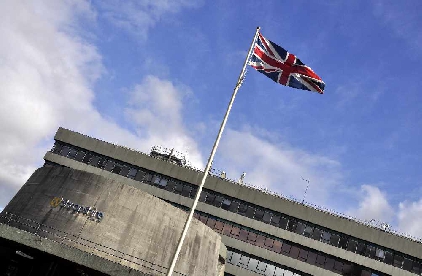 Plans to allow a former activity centre in a Shropshire village to be converted into a children’s home have sparked outrage among residents.

Shropshire Council’s south planning committee is expected to approve the proposals for the Old Vicarage in Stottesdon at a meeting next week.

Under the plans submitted by Compass Children’s Homes, the house would accommodate up to eight vulnerable young people between the ages of six and 18 and provide specialist education during school hours for a further six children.

A letter from the applicant’s agent says: “Compass have identified a requirement for a home in this location. The Old Vicarage is ideally suited to Compass’s needs, being a large detached property within its own grounds with outbuildings capable of accommodating their teaching requirements.

“The proposals will provide economic gains through the refurbishment and operation, and create  new jobs in the area.”

But a letter by planning consultant Dyanne Humphreys, submitted to the council on behalf of 36 Stottesdon residents, details a string of concerns over the scheme and what its approval would mean for the small village.

Ms Humphreys says the scale of the development would be “wholly inappropriate” for its rural setting, with less than 20 children currently estimated to be living in the village, and “unsustainable” – in conflict with planning policy – due to there being no transport links.

The residents further argue that there are no facilities for young people in the village, and that large children’s homes are an “outdated model” that do not provide the most appropriate support.

It is argued that residents will not benefit from the new job opportunities due to the specialist nature of the roles to be created.

The letter adds: “No evidence has been provided to substantiate either the level of need, or to justify why this property in Stottesdon is the best suited to accommodate the identified need. The application is wholly lacking in detail.”

An additional 66 letters of objection have been received, along with 12 letters of support. The parish council also objected on the grounds of the increased traffic in the village and that residents feared an increase in crime.

Despite this, planning officer Emma Bailey recommends the planning committee grant approval for the scheme

Her report says: “When weighing the development in the planning balance, the change of use of the Old Vicarage to a mixed use children’s care home and
schooling facility would re-use a recognised non-designated heritage asset
that lies within the main core of Stottesdon’s Conservation Area.

“This would secure its long-term use and maintenance; serve to facilitate care, education and support for vulnerable young persons, bringing employment opportunities and increase the level of choice for those eligible for a place; and make a valuable contribution to Stottesdon’s role as the primary location for development as part of the Stottesdon, Chorley and Bagginswood Community Cluster.”