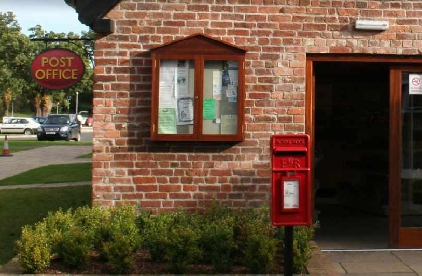 Post Office bosses have said they are committed to retaining a service in a south Shropshire village set to lose its post office at the end of the month.

Bromfield Post Office just outside Ludlow will shut its doors for the last time on August 31 after its owner, the Earl of Plymouth Estates, said it could no longer continue to subsidise the loss-making business.

The company had offered to accommodate a post office service within Ludlow Farmshop, which is also on the estate, but the Post Office said it would not fund the move.

But the Post Office has now assured customers that the loss of the service will be “temporary”, with options including a mobile van being investigated.

A Post Office spokesperson said it was hoped an announcement could be made “in the coming weeks”.

The spokesperson added: “The operator for Bromfield Post Office has resigned and the premises, that we do not own, are being withdrawn for Post Office use on Monday 31 August.

“We understand how important a post office is to a community and we are committed to providing post office services in the area.

“We apologise for any inconvenience the temporary closure may cause.”

In the meantime customers are being asked to use nearby branches in East Hamlet and Ludlow.

Bromfield Parish Council has voiced concern over the closure and hosted virtual public meeting at which options including a mobile service or community-run post office were discussed.

Parish Council chairman Andy Boddington said: “It is very hard for post offices in rural areas to make money. They need to be part of an existing business to drive footfall to the post office counter.

“The problem at Bromfield is that the post office is tucked away. It has built up a reputation for a friendly and knowledgeable service, drawing regular customers from all around. But there has never been enough trade for the business to pay its way.

“There is a future for a post office in Bromfield. The closure at the end of August must be temporary.

“Bromfield’s parish clerk is working hard to ensure that there is a temporary mobile post office service in place from September.

“Bromfield’s post office serves a broad community. We will do all we can to find a new location for it and to find funding for the move.”

Plymouth Estates said the decision had not been arrived at lightly but that it could not longer continue to fund the post office’s “significant losses” every year – especially after the Covid-19 pandemic had forced the temporary closure of Ludlow Kitchen Cafe and the Clive Arms, which are also on the estate.