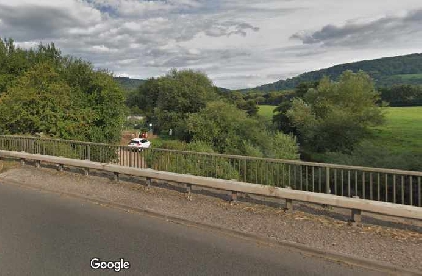 A play area located next to a main road looks set to be moved into a less polluted area – and upgraded with new equipment.

Plans to relocate Monmouth’s Chippenham Mead play area have been debated for several years, but now the issue finally looks to be drawing to a conclusion.

Proposals to move the play area, located next to the A40, to a more central area on the village green, have been recommended for approval by Monmouthshire County Council (MCC) planners ahead of a decision next week.

The issue dates back to 2014 when the county council was given £85,000, as part of a section 106 contribution, to upgrade the existing play area or move it to another location.

Opposition was voiced when MCC initially proposed refurbishment at the existing location on Chippenham playing field, due to its proximity to the A40, leading to a change of plan.

But plans to relocate the play area have been welcomed.

One supporter of the plans says the play area is “abysmally located” and has always been ‘polluted’ and ‘dirty.’

“The existing play area is dark, dilapidated, and within range of the many fumes from the dual carriageway that could permanently damage the lungs of our children,” another resident says.

A council report says the current play equipment is “coming to the end of its life”, with some items beyond economic repair.

A public consultation is planned on the designs of the new play area, to ensure its provision “reflects the needs and aspirations of the users.”

“This is a fantastic opportunity to remake a much needed play space for this town’s children,” one supporter of the scheme says.

The new location of the play area is also described as “safer and more secure” for children, and is screened by trees.

It is also located “further away from the A40 with less pollution than the existing play area,” a planning report says.

If approved by the council’s planning committee next Tuesday, the plans would still require village green consent, which is determined by the Welsh Government planning inspectorate.

The relocation scheme has already won the backing of the council’s cabinet.