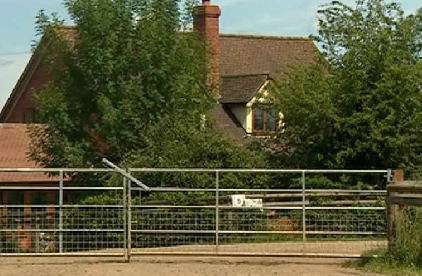 Health officials have ruled out any public review into the handling of the coronavirus outbreak at Rook Row Farm in Mathon.

Health officials have ruled out any public review into the handling of the coronavirus outbreak at Rook Row Farm in Mathon.

So far, more than 134 workers linked to vegetable grower AS & Co have tested positive with Covid-19.

Public health officers conducted mass testing after a single positive case was identified among the more than 200 workers who live at the farm.
The site was placed into lockdown after a surge in cases making it the first of its kind in the UK.

Early on into the outbreak some three workers fled the lockdown, and one of them was known to be infected.

It is understood that farm workers there had visited four shops in the week, raising the possibility that they could have spread the virus further.
Despite this, health officials say there will not be a review into the response of all the parties involved.

Herefordshire’s director of public health Karen Wright said most people on the site had been cooperative and they had worked well with the farm owners.

“Yes, there was a very small number of people who left the farm but that’s not surprising given the situation,” she said.

“My reinforcing message is the need to regularly wash your hands, dry them, social distancing and to get tested at any sign of symptoms.

“There can be a temptation for some businesses to think I’m not going to get my staff tested – but please do.

“To be fair, that’s what they did do at Rook Row Farm and we got that mass testing done really quickly.”

The total number of positive cases at the farm has risen to 134 but health officers say there only 12 of these cases are active.

Two weeks on from the outbreak, Ms Wright said the situation was much better at the farm.

“There are now 96 people who have had Covid-19 and are now well and are out of the period they need to isolate – so, people can now actually get back to work which is great really,” she added.

“Now there are 12 people who are positive on site.

“The guidance for anyone who is positive is that they have to self-isolate for seven days.

“And then in addition to that they have got to have 48 hours in which they haven’t had any symptoms of a high temperature or feeling unwell.

“People who have Covid-19 could have a cough for weeks, a loss taste or of smell which lasts for a long time.”