More needs to be done to tackle flooding 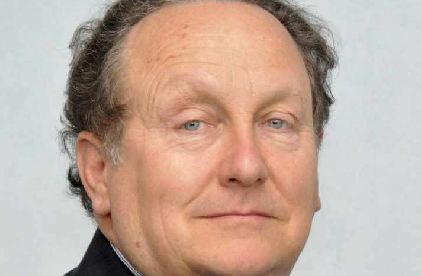 More needs to be done to tackle causes of flooding in a town, with drains and gullies needing clearing, a councillor has said.

Councillor David Turner, Shropshire Council member for Much Wenlock, said he is “not a bit content” with how roads and drains are maintained in Much Wenlock, Barrow, Bourton, Broseley Wood, Brockton, Shipton and Easthope.

He said Much Wenlock is in a “basin” and water runs into the town and causes surface water flooding.

He said council workmen have been out clearing drains and gullies but one in particular had been causing problems.

He said: “It has been proving to be a real problem in Much Wenlock and the surrounding area.

“I have had meetings with the council bosses. Indeed council leader Peter Nutting has been out to see it; highways portfolio holder Steve Davenport has spent three hours with me looking at the problems and officer Steve Brown has been out.

“We have had workmen out but there is one drain in particular where the weeds are waist high.

“They cannot get the drain cover off and have been out three times to it.

“Meanwhile, we are having rainfall and large areas of standing water. We have had a wet winter, but it is in the summer when it is worse than ever – when you get those hard, heavy storms which cause flash flooding.”

Councillor Turner added: “In Much Wenlock, 30 per cent of drains are blocked and roads have been awash.

“In Shrewsbury friends and relatives are fine. Drains are clear and roads are dry.”

“When we are under heavy rain the water cascades off the fields and it is not likely to get better for a little while.”

He said: “I appreciate the officers coming out and the senior councillors who have seen the situation for themselves.

“What we actually do now about it I don’t know. We are in a basin and the problem is bad. But we must make sure drains are cleared and gullies are well taken care of or we are going to run into some problems.”