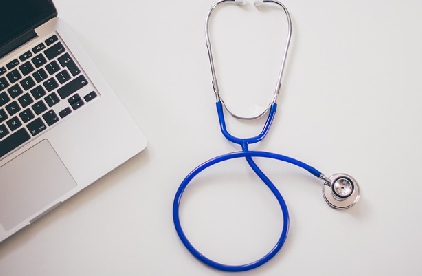 Funding for medical facilities to serve the redeveloped Ironbridge power station site will be released in around five years, once the second of its five phases is complete, an NHS report says.

In September, Harworth Group Plc was granted outline permission to build up to 1,000 on the 348-hectare site.

At the time, Shropshire Council officers told the Southern Area Planning Committee the county’s NHS Clinical Commissioning Group has requested just over £900,000, but said it was “not yet clear” whether a brand new practice would be needed.

A report for the CCG’s Primary Care Commissioning Committee says the first instalments of the funding are “not likely to materialise until after stage two of the housing development has been completed”, something estimated to happen in 2026.

The “Primary Care Update”, was presented to the committee by CCG Partnerships Director Claire Parker on December 1.

It said: “The original planning application submitted by the site developers was turned down and subsequently resubmitted including improved provision for healthcare and affordable housing on the site.

“Resubmitted planning application was approved at the meeting on September 20.

“The CCG has secured some capital funding from the developers for healthcare provision, although the first installments of this are not likely to materialise until after stage two of the housing development has been completed – estimated by 2026; the full project runs to 2032.”

A design statement submitted in late 2019 by Pegasus Group on behalf of Harworth envisaged a five-phase development. Work on phases to the east of the 141-hectare site would start first and the later phases could start up to six years later.

The CCG report authors added: “Discussions to continue with the neighbouring practices, including Ironbridge, Much Wenlock – Cressage branch – and Broseley, as well as others, as all will be affected by the development.”

A report for the Shropshire Council Southern Planning Committee said letters from the CCG provided evidence of “existing healthcare capacity limitations at local practices, and particularly at the Ironbridge practice”. In recent communication, the report added, the CCG reduced its request to £913,750 “to bring it into alignment” with a comparable 800-home Harworth development on a former coalmining site in Nottinghamshire.

At a subsequent meeting with council officers “the CCG reiterated that a survey of healthcare needs was being conducted and it was not yet clear whether a new medical practice would be required at Ironbridge”, the planners’ report added.