Homes plans fail to win support from councillors ahead of appeal 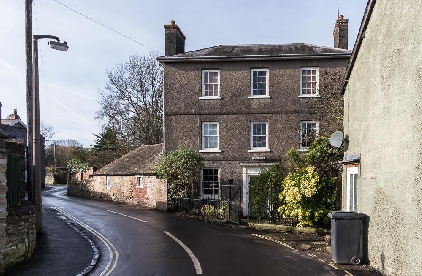 © Copyright Ian Capper and licensed for reuse under this Creative Commons Licence.

The latest plans for homes to be built in the grounds of a Grade II listed house would cause harm to the environment and go against Shropshire Council’s planning policies, councillors have said.

The authority’s southern planning committee was divided over an application for eight homes to be built near Linney House in Ludlow, an increase in the number of properties since a previous scheme for three homes was approved in 2014.

Members eventually voted that the scheme was not acceptable – but the final decision is now in the hands of the planning inspectorate after the council took so long to decide that the applicant lodged an appeal on grounds of non-determination.

Planning officer Andrew Sierakowski told the committee that the application for eight homes had been made in early 2019 and an alternative application for four houses was later submitted and is also yet to be determined.

Members were shown aerial photographs from 1999, 2015 and 2019 illustrating the changes to the site’s appearance. The council’s trees team claims 256 of the 401 trees within the grounds were felled between 2015-16, 157 of which were felled unlawfully. The landowner disputes these figures.

Mr Sierakowski said: “There is a high degree of disagreement between the applicant and the council’s tree officer as to the extent of felling on site and how the tree cover on site has changed over the years.”

A statement was read to the committee from Richard Hurlock, chair of Ludlow Civic Society, in support of the application. He described the site as a “dumping ground” and said perception of the site from a distance as a pleasant woodland was “an illusion”.

A statement was also read from Councillor Andy Boddington, who represents Ludlow North, the ward in which the site lies.

He said: “The scheme being considered this afternoon is in my view well designed.

“The contemporary Nordic woodland style is attractive. Much better than the scheme approved in 2014.

“But the development it is the wrong place. It will suburbanise an area that was a leafy garden.

“This site lies beyond the development boundary of Ludlow.”

He urged the committee to indicate to the planning inspectorate that permission would have been refused.

Councillor Madge Shineton said the grounds were better described as a “scrubby mess” than “woodland”.

Councillors David Turner and Richard Huffer also expressed support for the application, saying the developers’ offer to rebuild the boundary wall along The Linney should add weight in favour of the scheme.

But others said they could not support the proposals due to the site being outside the town’s development boundary.

The committee voted by four votes to three to indicate to the inspectorate that the application would have been refused. The four other members of the committee were not able to vote, two because they had disclosed an interest and two because they lost their internet connection for part of the discussion.

The application will now be decided by a planning inspector, while the more recent application for four homes is expected to come before the planning committee at its next meeting.