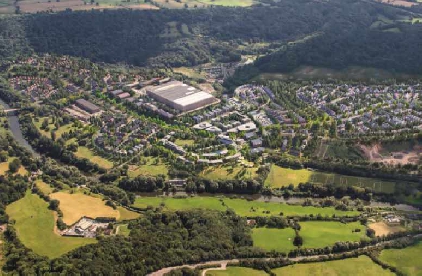 The government will not intervene in Shropshire Council’s decision to grant planning permission for 1,000 homes to be built on the site of the former Ironbridge Power Station.

The Department for Levelling Up, Housing and Communities (LUHC) has rejected a plea to call-in the application, which was given the green light by the authority’s southern planning committee last moth.

It means a the committee’s decision becomes binding and a decision notice can be issued to the developer, Harworth Group, allowing work to start on-site.

Secretary of State Michael Gove has powers to take over responsibility for deciding certain planning applications in cases of “national significance”.

“The Secretary of State has carefully considered this case against call-in policy.

“The policy makes it clear that the power to call in a case will only be used very
selectively.

“The government is committed to give more power to councils and communities to make their own decisions on planning issues and believes planning decisions should be made at the local level wherever possible.

“In deciding whether to call in this application, the Secretary of State has considered his policy on calling in planning applications.

“This policy gives examples of the types of issues which may lead him to conclude, in his opinion that the application should be called in.

“The Secretary of State has decided not to call in this application. He is content that it should be determined by the local planning authority.”

The call-in request was made earlier this year amid criticism of the developer’s offer of just five per cent affordable housing within the scheme on grounds of viability. This was later increased to 10 per cent after the planning committee initially refused the application in August.

The council’s normal policy is for developments in the south of the county to include 20 per cent affordable housing provision.

Stephen Mulloy, who lodged the request with LUHC, said not enough information had been provided in the applicant’s viability assessment, and argued ‘manipulation’ of viability figures was a matter of national significance which justified LUHC stepping in.

In response to the department’s decision not to call in the application, Mr Mulloy said: “It comes as no surprise as few applications are called-in, but it is a sad indictment of the planning system that permits a development, with such a low level of affordable housing, without a truly independent review of the arguments submitted by the developer.

“Generally speaking, for a call-in request to be successful it has to be of ‘national significance’ and my argument was that the under-supply of affordable housing is a national issue and that this pernicious growth in viability assessments being used to reduce developers liability for affordable housing needs to be challenged by the Secretary of State.