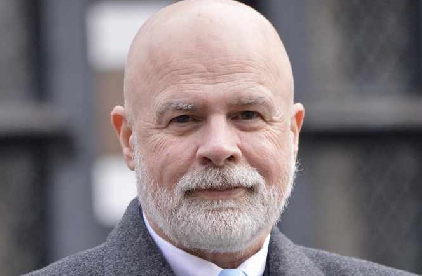 The Brexit Party have announced Matt Slocombe and Mark Smith as their candidates for Herefordshire.

Mr Slocombe, landlord of the Crown Inn at Woolhope, says he decided to stand up and give people the choice for a new type of politician.

He is contesting the Hereford and South Herefordshire seat.

“I am a Herefordshire publican, a cider maker, family man, not a career politician,” he said.

“Like many of you I have watched the complete failure of the political class in Westminster to enact the biggest democratic vote in British history.

“What an embarrassment the last three and a half years have been.

“Three prime ministers, four leaving dates, endless failure and countless promises betrayed by all the old parties, it is just not good enough. The ditch is full.

“They promised to enact the will of the people and they have failed.

“I could not stand aside and let this happen.

“Like many across the country I have chosen to stand up and give people the choice for a new type of politician.

“One with experience in the real world, one that has had ups and downs, one that will do things differently.

“It is time to vote for the Herefordian who is going to represent the real people of Herefordshire.”

“I have such a passion for this great County and the amazing people who live in it.

“I hope a few of you have been to my pub and enjoyed a glass of my cider and a good roast lunch or listened to me on the radio on Saturday mornings or seen me promoting and cooking with (and drinking!) our wonderful produce at summer shows.

“You will know what Herefordshire means to me and how I never stop supporting it.”

Mr Smith, from Bromyard,  has lived and worked in and around the county for the past 35 years serving the local community as a paramedic.

“During this time, I have also been a military reservist and, when called upon, served in both Gulf Wars in 1991 and 2003.

“I was also one of the NHS volunteers who went to Sierra Leone during the Ebola crisis of 2014,15.

“As a medic, I have always cared passionately about people, their lives, cares, concerns and worries and have always done my utmost to help or give assistance whenever and wherever I can.

“This is why I cannot just stand idly by watching silently from the side-lines whilst all around this great nation of ours, democracy is disrespected and the democratic majority are overlooked at best or, at worse, simply ignored by a political elite who seem to think they know best.

“The majority in Herefordshire voted by over 59% to leave the EU in the 2016 referendum and I want everybody in North Herefordshire to know that, a vote for me will not be taken for granted but highly valued and, if elected, I will do my everything I can to see the result of that referendum honoured by taking us out of the European Union as soon as possible.”