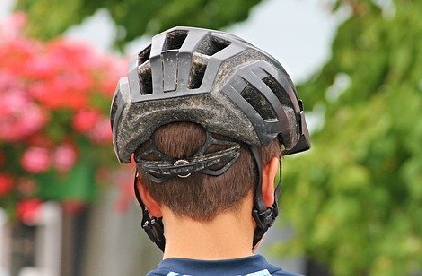 A bid for Shropshire Council to spend more money on walking and cycling infrastructure has failed to win support from senior councillors.

A motion put forward by the opposition Liberal Democrat group at a meeting on Thursday called on the authority to increase the amount set aside for active travel over the next three financial years.

But the ruling Conservative group said that while active travel was considered to be of huge importance, it was not possible to commitment extra funds.

In 2021/22 the council has set aside £314,000 for walking and cycling projects – just over one per cent of its total highways budget of £28.5 million and approximately £1 per head of population.

The motion, proposed by Copthorne councillor Rob Wilson, would have seen this gradually increased to four per cent of the total in 2022/23, seven per cent in 23/24 and 10 per cent in 24/25.

He said: “Currently Shropshire Council spends approximately one per cent of its highways budget on active travel. That places it in the lowest 10 per cent of local authorities for spending in this area.

“Shropshire Climate Action Partnership, of which the council is a founding member, has called for that level to be increased to 10 per cent. This motion resolves to make that a reality.

He added: “This motion will signal to Westminster that active travel in Shropshire is a clear priority.”

Councillors from the Labour and Green groups also spoke in support of the motion.

Labour councillor Rosemary Dartnall, who represents Bayston Hill, Column and Sutton, said: “Our most urgent, most pressing need to reduce carbon emissions will only be achieved by reducing car transport and car dependency.

“It is most urgent that we provide safe cycling and walking infrastructure in separate carriageways, where pedestrians and cyclists are separate from traffic.

Council leader Lezley Picton said that while the council’s leadership fully supported active travel, there were other factors to consider – not least the widening funding gap threatening the council’s ability to deliver vital services in future years.

She said: “The difficulty I have is that until we have resolved the funding gap next year it would be remiss of me to accept any increase in funding for certain items.

“I don’t think anybody in this room is against active travel at all.

“You know as well as I do that we have had to find extra money to put into our highways budget to actually maintain the roads we have, and yet you’re asking us to spend an increasingly high amount.

“I sit here along with my cabinet colleagues trying to balance the budgets and having to make some really, really difficult decisions.

Councillor Picton added that while the capital sums being requested would themselves be “enormous”, they would also need to be backed up by extra revenue funding in subsequent years.

Councillor Steve Charmley, taking part in his final meeting as cabinet member for highways before announcing his resignation later that day, said there were a number of initiatives already underway focussing on active travel, including the preparation of the a Local Cycling and Walking Infrastructure Plan (LCWIP).

He said: “We are absolutely committed to active travel. As I think we have heard from all parties this morning, active travel is the way forward and it’s definitely where we want to be in the future, but we have to do it carefully and make sure it’s suitable for the areas which we live in.”

The motion fell with 24 votes for, 36 against and four abstentions.

Speaking after the meeting, Councillor Wilson said: “There needs to be money allocated to active travel.

“Ninety-nine per cent of the council’s highways budget is not spent on walking and cycling. There has to be a financial commitment or nothing will happen.”

“Shropshire’s Conservatives are happy to allocate millions of pounds to road projects, but won’t commit funding to help our older population walk in their villages, or our children cycle to their schools. It’s outrageous.”

Councillor Heather Kidd, deputy group leader, added: “Based on current budget levels this motion asked the council to spend £10 per resident on active travel. That is not pie-in-the-sky, it is the sort of sensible investment that local authorities – rural and urban, up and down the country – are doing.

“Shropshire has to follow suit or it will lose out even more down the line, and residents will suffer for it.”