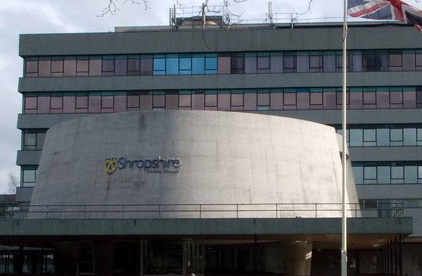 Shropshire Council has been ordered to apologise after an elderly man was wrongly discharged from a care home and had to be re-admitted the same day.

The social care watchdog said the authority caused “avoidable distress” by failing to liaise with health services to ensure specialist equipment was in place at his home, and failing to recognise the man lacked capacity to make decisions about his care in the first place.

The Local Government and Social Care Ombudsman (LGO) also said the council had not made enough effort to communicate with the man’s family over his care, as a friend was named as his next of kin.

A report on the case said the man, named as Mr Y, arrived at the home in August 2020 on a short-term placement, having been discharged from hospital following a stroke, so that his long-term care needs could be assessed.

He was doubly incontinent and could not communicate other than answering simple questions by nodding his head.

Notes made by a social worker on August 24 said Mr Y was to be discharged home on August 28 but did not mention equipment.

The ombudsman’s report said: “Mr Y was discharged to his home on August 27.

“Neither the NHS integrated care team nor the social work team had checked his home to see if it was suitable for him and there was no equipment in place for him, and equipment could not be provided immediately.

“So Mr Y went back to the care home on the same day.”

A therapist from the integrated care team spoke with Mr Y’s social worker on September 1 to be told that she had been off work the week before and “had not intended for him to be discharged”.

After the decision to discharge Mr Y was made on August 24, the therapist said social workers were responsible for establishing a discharge plan but made no further contact with NHS colleagues before discharging him.

However there was a note on the social workers’ system saying equipment was being delivered.

The LGO report says: “Mr Y’s speech and language therapist emailed the social worker at the start of September and said he had a severe language impairment due to his stroke and in her view he lacked mental capacity to make decisions about his care. He could not communicate his wishes.

“The social worker carried out a formal assessment of Mr Y’s capacity around care decisions and the outcome was he lacked capacity.”

A relative of the man’s, named in the report at Ms X, complained about the incident and the lack of communication with her.

The council responded to the complaint by saying the discharge was arranged after Mr Y requested to go home.

It said: “The therapy team assessed him and decided he was safe to walk with two carer workers as long as there was a care package in place of two care workers, four times a day.

“Mr Y agreed to this and there was no reason to doubt his mental capacity to decide on his care.

“The NHS therapy team was responsible for checking the right equipment was in place at home, not the council.”

However the council acknowledged there was a “lack of communication” between social workers and NHS colleagues.

The council also said it had communicated with Mr Y’s next of kin who had said they would pass the information on to Ms X, but added that social workers had been reminded of the need to consult with people and their representatives.

Ms X escalated her complaint to the LGO, which concluded there was “reason to doubt Mr Y’s mental capacity to make decisions” and said an assessment of his capacity should have been carried out before his request to go home was complied with.

The report continued: “The social workers involved with Mr Y should have liaised with the NHS team responsible for equipment to ensure Mr Y had the necessary equipment in his home in readiness for his arrival.

“The council has already acknowledged in its complaint response that it should have made better attempts to liaise with Ms X. I agree.

“The failure to assess Mr Y’s mental capacity and to liaise with the NHS about equipment and with Ms X caused avoidable distress.

“The council will apologise for its failings within one month of this statement.

“The council has already instructed staff to ensure they make reasonable attempts to consult with relatives. This is an appropriate action to minimise the chance of recurrence.”

Ms X also said she was given too little notice of Mr Y’s discharge home, but the LGO did not uphold this aspect of the complaint.

The report also noted that, following consultation with Ms X and other family members, Mr Y has now moved to a permanent care home.

A council spokesperson said: “Shropshire Council has accepted the findings of the Ombudsman and have contacted the family to apologise for any distress that this may have caused.

“We have now reviewed our processes and an action plan was put in place to address the issues.”