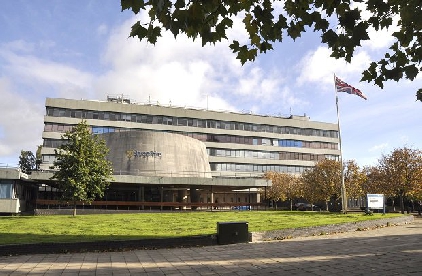 The revelation came as cabinet members met to discuss the authority’s mid-year financial position on Wednesday.

A report presented to cabinet showed that just 24 per cent of the council’s capital programme for 2021/22 – which covers one-off projects which are funded separately from day-to-day spending – had come to fruition by the end of September.

Councillor Gwilym Butler, portfolio holder for resources, said work had been “impacted by by Covid restrictions over the first two quarters”.

Councillor David Vasmer, leader of the opposition Liberal Democrat group, said it was concerning that the capital programme was not progressing as planned – particularly in housing which he said showed much-needed homes were “not being built”.

Councillor Vasmer also asked whether the council was losing potential income as a result of failing to deliver planned projects in the commercial services sector.

James Walton, executive director of resources, said “it does have an impact on income” when commercial schemes do not come to fruition in-line with planned timescales.

Councillor Dean Carroll, portfolio holder for assets, said the council had consciously held back on construction projects as a result of current material prices – but that it was expecting costs to soon come back down.

He said: “It is absolutely prudent that we would not necessarily spend more to deliver a project today when we could deliver more projects for the same money tomorrow.

“What we also need to bear in mind is the difficulty of delivering those projects during the Covid environment with stop-start on work sites. What the construction industry has most trouble with is not being able to plan its development and plan its work programme, which it hasn’t been able to do during the lockdowns.

“That’s all had an effect in delaying construction and development particularly in the housing and commercial sectors.

“That’s not something that should come as a surprise to anybody – we have seen these reports nationally and globally.

“It’s no sign of any lack of commitment by the council or by any of its subsidiaries to deliver on these projects.”

The report also set out a projected overspend of £4.4 million in the council’s revenue budget by the end of 21/22 – and warned this could be even higher if planned savings are not delivered in the second half of the year.

As things stand, the council will need to make up the shortfall from its general reserves, which currently stand at £14.1m. Mr Walton’s report said this was already “significantly below its optimum desired balance” and any further reduction would leave the fund at an “unsustainable level”.

Councillor Vasmer said: “We continue to dip into our reserves to balance the books and clearly we can’t continue to do that.

“Given the seriousness of the situation facing the council long-term, in 2023/24 and 24/25 when we will basically run out of money, has the administration sought meetings with the new minister responsible for local government finance, Michael Gove, to highlight the dangerous position Shropshire faces?

“We really need to lobby very hard on this.”

“We are of course lobbying hard on Shropshire’s behalf,” he said.