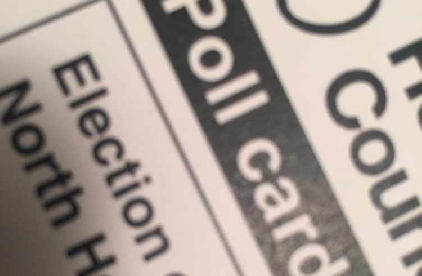 A town council which has decided not to issue polling cards for some elections say financial reasons are behind the move.

The move was branded as a “dark day for democracy” by Shropshire Council member for Much Wenlock David Turner.

But Trudi Barrett, town clerk, has defended the move, saying it cost four figures to issue the cards each time.

She said: “Much Wenlock Town Council have to make some very difficult financial choices.

“These have been made more difficult in recent years due to Shropshire Council’s devolvement process and the recharging of services to town and parish councils.

“Much Wenlock residents are already the third highest council tax payers in Shropshire and town councillors are always mindful of this.

“Poll cards state an election date, the time and the polling station.

“They do not list the candidates standing for election as candidates communicate themselves with the electors. There is only one polling station in Much Wenlock.”

She added: “The town council complies with all requirements in relation to notification of a town council election.

“There is no requirement for us to issue poll cards. However, members are keen to ensure that the measures already undertaken locally are enhanced.

“We aim to ensure all electors are aware of a poll by increasing local publicity, whilst making a saving on the considerable cost of the poll card system.

“The town council is also keen to do more to protect and enhance our environment for future generations.

“There is a strong local realisation that we must do our part for the environment and the decision to dispense with poll cards was a small step in showing our commitment towards that goal.

“Whilst this is a small carbon saving locally it is one that if magnified throughout the county and country would have a far higher carbon value.

“We feel sure that many in our local community will value and be reassured that we considered climate change and the use of trees in our considerations.”

Ms Barrett added that  the 22.13 per cent turnout for a recently contested by-election in Much Wenlock without the issue of poll cards was “encouraging” compared to other areas.