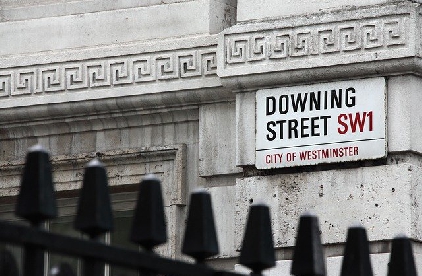 Mr Cummings has resisted calls for his resignation since it was revealed last week that he made the 260-mile journey from London to his parents’ home in Durham at the end of March.

He claims to have acted reasonably and legally, including by driving 30 minutes from his parents’ farm to Barnard Castle to test his eyesight before returning to London on April 13.

More than 20 Conservative MPs have joined calls for the aide to resign or be sacked.

Shropshire councillors from the authority’s ruling Conservative group have now criticised Mr Cummings over both his actions in making the trip and his behaviour in recent days.

Councillor Lezley Picton, who represents Tern and is the Cabinet member for culture, leisure, waste and communications, said Mr Cummings should resign over the matter.

“My biggest regret is that this situation has taken away the focus on the matter in hand – but that’s politics and the media for you,” said Councillor Picton.

“I’ve spent a lot of time recently asking people to be sensible when going out and about and, apart from a few exceptions, people are doing just that.

“Was it sensible what Mr Cummings did? In my view no it wasn’t.

“You can’t have one rule for him and a different one for everyone else.

“I think the right thing to do would have been for him to apologise and resign.”

Councillor David Turner, who represents Much Wenlock, said Mr Cummings’ attitude over the whole incident had made matters worse.

He said: “My view is that when most people are observing the government guidance to the letter, and more in some cases, folk are sacrificing their normal enjoyment in order to be seen to be doing the right thing, and we are trying to knock some sense into young people who think they’re invincible, then our leaders and their advisers should be very careful about their actions.

“We read of heart-wrenching stories about folk being unable to say their last farewell to dying parents because of strict observance of regulations, and contrast that with Cummings’ apparent stretching the interpretation of the rules.

“But far, far worse is the apparent arrogance that he displays and the message that this sends out to people trying to do the right thing.

“It is very damaging politically and, by example, potentially damaging to the health of our nation.”

Meanwhile, Shropshire’s MPs have sided with the Prime Minister in support of Mr Cummings.

Shrewsbury MP Daniel Kawczynski tweeted his backing, saying: “Mr Cummings acted in personal capacity as a husband/father in the most appropriate way.

“In addition these actions complied with his responsibilities as a citizen at the very heart of government.”

North Shropshire MP Owen Paterson conceded things should have been “handled better” but that Mr Cummings had explained himself and addressed “inaccurate allegations”.