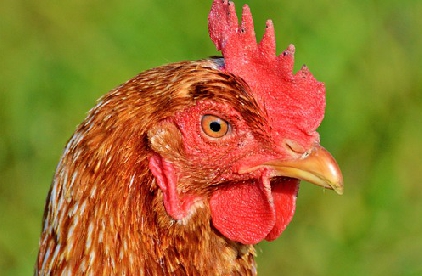 Plans to process chicken manure at an anaerobic digestion plant on the outskirts of Whitchurch have sparked fresh outrage from nearby residents and the town council.

Whitchurch Biogas Ltd has applied to Shropshire Council to vary its planning permission after it was granted a permit by the Environment Agency (EA) in January to handle waste and non-waste feedstocks at the plant. It is currently only permitted to process agricultural crop products and whey permeate.

Objections have been lodged by people who live nearby, who claim the smell is “already overbearing” – but the company says the changes will not lead to any increased smell.

Among those who have submitted objections is Julia Gallacher, who said: “There was a fierce campaign against the AD being constructed before consent was granted in 2014.

“The EA’s intervention at that time disallowed chicken manure and food waste as feedstocks because of the odour problems experienced elsewhere which have in the past led to AD closures.

“We are given no indication of the daily tonnage of these foul smelling deliveries and are not convinced by the promise that enclosed containment vehicles will prevent odour in transit.”

The disposal of waste products is now a very lucrative business and the public should be aware of the above potential for further noxious feedstocks to be added in the future.

Whitchurch Town councillors unanimously objected to the application, saying they were “dissatisfied” with the continued submission of applications for changes at the site. The plant was initially granted planning permission in 2014 and has since had three further applications for variations and additional infrastructure approved.

The town council said: “WTC objects to this application on the basis that control of odour is not specific.

“WTC objects to this application as not enough information is provided about the number of vehicles with chicken manure will be arriving on site; where these vehicles are travelling from and what percentage of anaerobic feedstock will be chicken manure.

“WTC, whilst objecting to this proposed variation and application are not opposed to the right business on the right site with the right activities, with appropriate measures to control activities.”

A supporting statement by Berrys, agent to the applicant, says: “The Environmental Permit will ensure that no unacceptable adverse odour impacts will result from accepting of poultry manure at the site.

“The EA have granted a permit for the site meaning it is their belief poultry manure can be accepted at the site without an unacceptable odour impact beyond the site.

“The EA will regulate the site and ensure odour emissions are kept to acceptable levels.”

Berrys says that during the anaerobic digestion process, “at no time would any material be exposed directly to the atmosphere until digested and released as the largely odour-free digestate”

The statement adds that the processing of chicken manure at the plant could have a positive impact on odour in the area.

It says: “The consumption of chicken manure offers a potential betterment in terms of odour containment in the local area.

“The chicken manure to be consumed by the plant is currently spread to local farmland.

“This manure will instead be diverted for use as an AD feedstock, and the resulting digestate will be spread to local farmland in its place.

The deadline for commenting on the application is June 1. The application will be decided by Shropshire Council in the coming months.