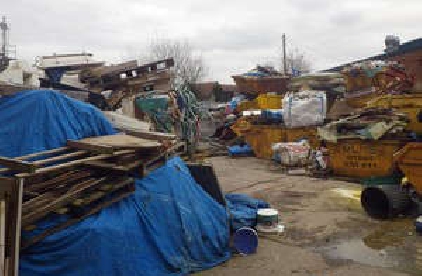 A company director has been prosecuted after a waste site in South Shropshire was abandoned.

Jonathan Wells from Shrewsbury, pleaded guilty at Worcester Magistrates’ Court to breaching conditions of an environmental waste permit including abandoning the site operated by LMS Skips Limited in Bromfield, Ludlow.

Between October 2016 and November 2017, officers visited the site and it was clear that too much waste was being accepted.

Large amounts of waste, including domestic and commercial waste was being stored on the ground, outside of buildings and not in containers in breach of permit conditions.

Several reports were issued to LMS Skips Limited notifying them of permit breaches.

Initially the defendant was on site, but on 2 October 2017 there was no one on site. Officers attempted to contact Mr Wells without success.

Unbeknown to the Environment Agency, Mr Wells had abandoned the site on 11 September 2017.  It subsequently became a fly tipping hotspot.  Neighbouring units suffered with pest issues due to the volumes of waste.

"We are determined to make life hard for criminals. We support legitimate business and we are proactively supporting them by disrupting and stopping the criminal element."