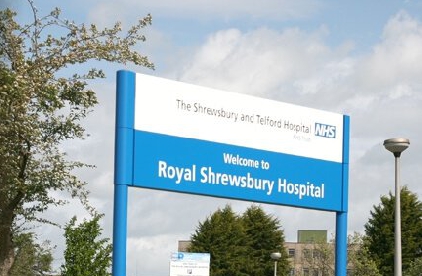 The number of patients attending the county’s A&E departments has grown by more than a tenth since last year, according to a hospital trust boss.

She said the “recent cold snap” contribute to the rise, which has continued into November, but adds that many other West Midlands hospitals are facing similar pressure.

Ms Clark’s report, which she will present to SaTH’s board this week, also says that ambulance arrivals at the Royal Shrewsbury Hospital and Princess Royal Hospital rose were nearly a fifth higher in October 2019 than the previous year.

She writes: “Our emergency departments continue to see big increases in demand and the recent cold snap has added to that.

“That rise in emergency demand has continued into November, and many other hospitals in the region are experiencing the same pressures.”

A separate monthly “operational performance report”, also due to go before the SaTH board when it meets on Thursday, November 28, says just 64.5 per cent of A&E patients were seen within four hours of arriving. This is the lowest rate so far in 2019-20. The rate peaked at 73.6 per cent in August, but the target is 95 per cent.

Ms Clark’s report also updates board members on other matters, including the recruitment of 176 nurses from India under a Health Education England programme. They are due to start arriving in Shropshire from September.

“The HEE programme was implemented to meet the shortfall of over 270 band-five nursing and midwifery vacancies in the trust,” Ms Clark adds.

“Also in November we handled the media interest in a leak to a journalist about an e-mail status update from Donna Ockenden, lead of the independent review into maternity services at SaTH, to NHS England.”

She confirms that she apologised for the failings detailed in the report, but that the trust had not seen the interim report or the status update before it was leaked.

“We said we await the findings so we can work with families, our communities and NHS England/Improvement to understand and apply all of the learning identified,” Ms Clark adds.

Ms Clark took over as interim SaTH chief in July after the departure of predecessor Simon Wright. Louise Barnett, who is currently chief executive at the Rotherham NHS Foundation Trust, will take over as permanent SaTH chief executive next February.