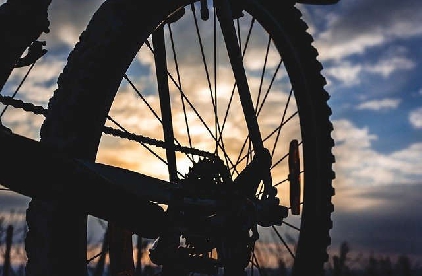 A new bike track is set to be built on the edge of the city under new plans.

The circular BMX track will be built in Battenhall Park on the edge of St Peter’s in Worcester and is set to cost around £60,000.

Work to bring the new facility to the south of the city is finally taking pace after years of campaigning and there is a hope it will be completed within the next 12 months.

Calls to bring a new track were also made by young cyclists in St Peter’s including Nunnery Wood pupil Tom Rebbeck who had presented the case for the much-needed facility to the parish council.

“We believe the location is perfect as it is in a natural dip in the park, and at some distance from surrounding housing, ensuring it is as unobtrusive as possible,” he said.

“The extensive local pedway network in St Peter’s will ensure that many of our young residents can access the facility safely on their bikes without venturing out onto the public highway.

“I have been after this kind of facility for some years and am very grateful to the city council for agreeing to fund it, given the paucity of leisure provision for secondary school age children in south-east Worcester.”

Earlier this year, a council report revealed that the amount of play areas in the city was at least 12 acres short of its own targets.

Funding for the project was included in this year’s city council budget.

St Peter’s councillors will be meeting with staff from Worcester City Council later this week to discuss the ongoing work and proposed location of the track in more detail.