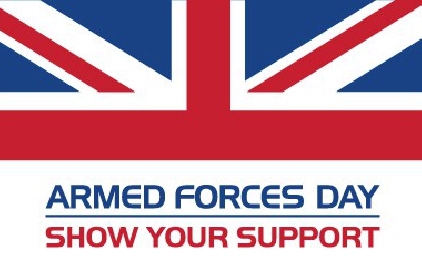 Leading the parade will be the Regimental Mascot, Private Derby XXXII, a Swaledale ram previously the mascot of the Worcestershire and Sherwood Foresters; one of the Mercian Regiment's antecedent regiments.

Lieutenant Colonel Richard Grover MBE, Commanding Officer of the 2nd Battalion, the Mercian Regiment, said: "We are delighted to be visiting Worcester once again and exercising our freedom of the city.

"Worcester is a great supporter of the Armed Forces, with many of our soldiers originating from Worcestershire and the surrounding areas.

"While this will be the last parade of the 2nd Battalion in Worcester before the merging of the 1st and 2nd Battalions, the regiment will remain committed to serving the city and will continue to support Worcester when the battalions officially merge in October."

Worcester City councillor and Armed Forces Champion Chris Mitchell added: “We are delighted that the Mercians will be able to join us once again in Worcester to mark Armed Forces Day and I hope that residents will turn out to show their support for our local regiment, which was given the freedom of the city in 2007.”

The Infantry Engagement Team (IET) will have information stalls and activities in Cathedral Square between 10am and 4pm.