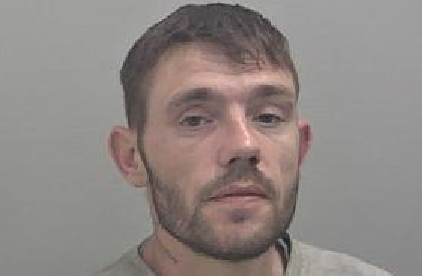 Damian Badger, who is 35 years old and from Bromsgrove Street, Kidderminster, has been handed a three year Criminal Behaviour Order (CBO).

The CBO was issued on Friday 17 June at Kidderminster Magistrates Court and prohibits Badger from loitering or entering a number of shops in Worcestershire, particularly Kidderminster and also speaks to his behaviour and actions when addressed by shop staff or their security staff.

It was granted following an application by us due to Badger causing a significant amount distress and harassment to local businesses and members of the public over a number of years.

PC Luke Worthington from the Safer Neighbourhood Team said: “This CBO will no doubt reassure our local retailers and residents that the police will take positive action to make our communities safer.

“Badger has also been sentenced to eight weeks in prison following his flagrant disregard for court orders relating to his community service order. This is further evidence that the police and the courts will hold you accountable for your actions and that our communities will not stand idly by while you harass and try to intimidate.”

Badger will have the following restrictions placed on him as part of his CBO once he leaves prison:

Badger was also ordered to pay court costs and a victim surcharge and members of the public are encouraged to report any breaches of the orders to West Mercia Police on 101.