Plans to extend a holiday park near Llandrindod Wells 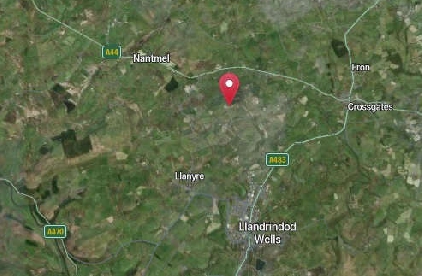 Agents Hughes Architects explained the application in a planning statement.

Hughes architects said: “The proposal is to expand the current holiday park of 30 static caravans, with an additional 17 units.

“An overly cramped development would reduce the attractiveness of the existing park.

“A key feature of this kind of scheme is the lower density of units on site allowing greater privacy and exclusivity, and also a site which is more attractive in appearance and less intrusive in this rural setting.”

A scheme for 29 caravans, nearly doubling the caravan park was knocked back by Powys planners in December 2021.

This was because the proposal  had “failed to demonstrate” that it would not cause problems to the River Wye SAC (Special Area of Conservation) due to phosphate contamination.

Hughes Architects believe that the revised and smaller proposal will “demonstrate” that the scheme will not “cause deterioration” to the River Wye SAC.

“The proposal will contribute to a healthy and diverse local economy while preserving and where possible enhancing local characteristics and amenity and safeguarding strategic resources and assets.”

The council’s flood risk and sustainable drainage engineer Johanne Williams has looked at the application and advised that a small part of the site is in a flood zone.

Mr Williams said: “The applicant would need to consider how surface water run-off from the surrounding land will be controlled without exacerbating or creating any flooding problems on site or elsewhere.”

Powys planners have until June 9 to decide the application.

If successful a further sustainable drainage plan (SuDS) would need to be approved before the development can proceed.