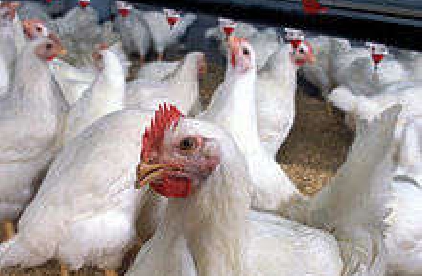 Plans to double the size of a chicken farm near Builth Wells have been lodged with Powys County Council.

The application, by Keri Davies of Wernhalog Farm, Llanfaredd near Builth Wells, could see the number of broiler chickens, bred for meat, go up to 180,000.

The family were given planning permission in March 2019 for two poultry units to keep up to 90,000 chickens.

This development was built last year and has been operating since October 2020.

If approved the farm would see and extra two poultry units added to the site as well as “air scrubbers” to clean the air.

Air scrubbers would also be placed in the existing units.

Agent, Ian Pick explained the application in a Design and Access statement.

Mr Pick said: “The applicants are proposing to expand the poultry unit.

“Since the original poultry unit was granted an Environmental Permit, the threshold levels set by Natural Resources Wales (NRW) for ammonia to sites of nature conservation importance have been reduced significantly.

Mr Pick explained that adding the air scrubbers would be a “significant reduction” in the ammonia emissions from the site.

He believed this “substantial improvement” and would see emissions reduce by half.

Mr Pick said that an application that made changes to the Environmental Permit the farm has, had been submitted and were being considered by NRW.

Mr Pick said: “The development will make a valuable contribution to the local and national economy.

“The proposed development represents an additional investment of approximately £1.5 million in the construction of the expanded poultry farm.

“The site will secure the employment of the existing full-time workers and will support further employment in the associated industries allied to the poultry industry.”

Mr Pick added that the extension would also support construction jobs in the area while it is being built.

Llanelwedd council clerk, Megan Cox, said: “The council recommend approval of the application but wish to mention that concerns had been raised by two residents regarding noise, smell and light.”

“The council suggest the planting of trees may reduce some of these issues and suggest some monitoring of their concerns.

“The council feel that it will bring work to the area and would be
beneficial to the vicinity.”

The application will be decided by Powys planners at a future date.